IT Service Provider Shifts to Proactive IT Performance Monitoring

eG Enterprise is an A-star monitoring solution for Citrix technologies. The visibility it offers us is way beyond anything we had earlier. We can now see what users are on our servers, what applications they are accessing and even see who the most demanding users are. 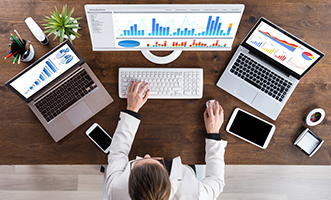 The Equalit ICT Shared Service Centre was established by the city of Oosterhout to offer specialized ICT services to eight municipalities in the area. Equalit supports about 2500 users, spread over more than 25 locations, working with nine municipalities, a social work supply department and an environment information department.

Equalit mainly develops ICT services for social servants and occasionally for citizens and companies. The performance of this organization is judged on the quality of service delivery to municipal employees who service citizens. Municipal employees expect Equalit's ICT services to work perfectly. That is, these services have to perform optimally and always be available.

Security is of paramount importance for Equalit. Its data centers host applications that store personal details of citizens. Therefore, only employees of the Brabant municipalities have access to these secure personal records. To provide secure access to municipal employees, Equalit has been using Citrix XenApp for many years. Application virtualization also makes it easier to automate routine functions and centralize management, so Equalit's small IT team of 35 employees can cater to the growing user base of municipal employees and their evolving needs.

About eighty Citrix XenApp servers in its data center provide remote access to employees from their thin client workstations in the various municipalities. Secure access is enabled through Citrix NetScaler. Citrix XenMobile provides on the go, secure access to employees, allowing them to access data from their smartphones and tablets. RES workspace manager is used for workspace personalization, allowing an employee working for several municipalities to access just the data that he/she is authorized for. Trend Micro is used for data protection in the data center. VCE's Vblock converged platform is used to host the critical systems in Equalit's IT infrastructure and VMware vSphere is the virtualization platform used. About 700 virtual machines are deployed, hosting many of the critical applications and databases that Equalit's users access.

Equalit's IT team recognized the need for IT performance monitoring to be user-centric. They realized that Equalit's success was linked to the performance and quality of service they delivered to users. The monitoring tool that they had been using was Netcrunch and it mainly focused on server and network resources, not on user experience. Furthermore, Citrix technologies formed a critical part of Equalit's IT infrastructure, and they did not have much Citrix-specific monitoring in place.

As the complexity and heterogeneity of Equalit's IT infrastructure grew, their IT team became very reactive and often, they did not have the metrics necessary to even determine if a problem reported by a user actually happened or not. This was quite frustrating. Finally, the small IT team wanted to focus on rendering services to their users, not on routine troubleshooting of problems.

It was in this context that the Equalit team looked at eG Enterprise from eG Innovations. Equalit chose eG Enterprise for the breadth of coverage it offered. Expertise in Citrix was also a key reason for choosing the tool. Automation of key monitoring functions and user-centric alerting were also important reasons why Equalit chose eG Innovations as its monitoring solution partner. 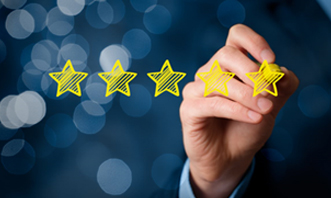 "eG Enterprise is an A-star monitoring solution for Citrix technologies," said Martijn Langer, Coordinator of Operations & Service Desk at Equalit. "The visibility it offers us is way beyond anything we had earlier. We can now see what users are on our servers, what applications they are accessing and even see who the most demanding users are."

User experience dashboards in eG Enterprise provide the IT team with instant visibility of different aspects of a user's experience when accessing key applications via Citrix. Customized reports help them review performance over time, devise ways of enhancing the user experience, and pinpoint potential hotspots.

"If an incident has been logged, we can now trace it back in time and see what caused it. Prior to eG Enterprise, we did not have any such visibility. We had to be on the server console at the time the problem happened to determine what caused it. eG Enterprise now offers stability and tranquility for us in the IT department. We can learn from previous incidents and determine ways to prevent such incidents in the future. This is a big step in ensuring satisfaction and productivity of our users" said Langer.

With eG Enterprise, the Equalit IT team now has crossdomain visibility into different tiers of their infrastructure including VMware vSphere, databases, network devices, firewalls, WAN accelerators, SQL databases, Exchange servers, storage and applications. Service topology maps now highlight to the helpdesk how different tiers of the infrastructure cooperate to support an IT service. With eG Enterprise's customizable dashboards, Equalit's IT team is able to customize the display to suit the needs of their key stakeholders. Historical reports and trends provided by eG Enterprise help Equalit achieve its goals of controlling IT costs, improving service quality, and lowering risk.

Not being a commercial enterprise, Equalit needed a costeffective solution for their needs. eG Innovations worked with them to provide a licensing model that matched their business needs. The product licensing also provided Equalit with different options for enhanced visibility. With eG Enterprise's In-N-Out monitoring capability for virtual infrastructures, Equalit is able to get visibility into the virtual machines without the need to deploy agents on each and every VM. Correlated, color-coded alerts direct IT staff to potential areas that warrant attention.

At the start of the deployment, Equalit's IT team believed their infrastructure was configured well and without any major problems. eG Enterprise's insights have confirmed this. "The visibility provided by eG Enterprise is useful as it validates that we were on the right track with respect to our IT operations", said Langer.

Due to eG Enterprise software, Equalit has made a distinctive turn-around from reactive to proactive monitoring. This was by far the biggest benefit to us.