Users get frustrated and productivity drops when their desktops and applications run slow. We had searched a long time for a tool that would give us visibility into individual Citrix user sessions, including application-specific details. Finally, we found what we needed in eG Enterprise.

The Need: End to End Citrix Performance Monitoring & Other Different Services and Components 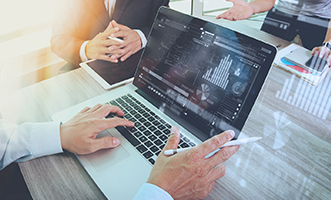 Prior to 2016, RSVZ had used other performance monitoring tools, such as HP OpenView. These tools gave their IT team an overview of the infrastructure but did not provide any ability to correlate the metrics and find the root cause. HP OpenView was very difficult to deploy and maintain, as it took a lot of resources and was not intuitive to use.

By 2016, Sergio Checchi, the System Administrator, and Patrick Vanderbauwede, the ICT Manager, were convinced that they needed an end-to-end monitoring tool.

Even with industry recommendations, it still took an extensive and comprehensive Proof of Concept (POC) from eG Innovations before Patrick was convinced that eG Enterprise lived up to its reputation.

We used to search for 3 - 4 hours to solve a problem for a server that was not starting, but with eG, we see it in one view. Just after the last upgrade, our Citrix server wasn't starting but we saw it in just one single view and immediately got to the root cause of the problem and resolved it in 5-10 minutes! 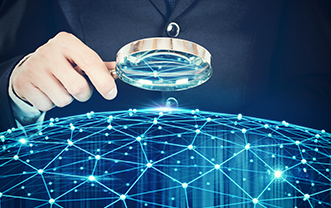 There is also a plan to integrate eG Enterprise with their ServiceNow deployment so that incident management can be fully automated.

Another IT goal is to overhaul the Citrix environment - to upgrade the Windows OS and to make collaboration tools, such as Microsoft Teams and GoToMeeting available to users. eG Enterprise gives them the confidence to go ahead with the upgrade of the Citrix environment without worrying about performance monitoring.

You can explain how eG works to your colleague in under 30 minutes. Its auto-thresholds save a lot of time. Isolating and pin-pointing the root cause of the problem in a single view within just a few clicks is super effective.

You don't need consultants in-house to maintain the product like we had to with HP OpenView. Not only is this convenient but saves a lot of money as well. Also, eG Innovations' direct support is excellent.

Whenever end users complain about performance problems, we can quickly and easily pinpoint the real cause using eG Enterprise, whether it’s the network, an application or actually some aspect of Citrix itself.