The ability to view the entire IT infrastructure responsible for our call center from one central console is the single biggest benefit to us. 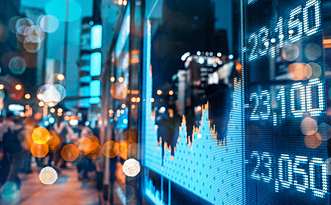 NongHyup Bank (NH Bank) is an agricultural bank company headquartered in Jung-gu, Seoul, South Korea. Founded in 1961, the bank has over 1200 branches and offers commercial banking services for its member cooperatives as well as retail banking for consumers. With total assets of US$254 billion, NH Bank is the third largest commercial lender in South Korea. Over 30 million account holders trust NH Bank with their banking needs. Customer satisfaction is a core focus area of NH Bank and the bank's call center operations plays a key role in this.

The Challenge: Lack of Visibility into Root Cause of Performance Meltdowns

NH Bank's Call Center has been increasingly relying on IT to enable support agents to interact with and assist customers, offering a wide range of online applications and on-call support services. Support for online and phone banking, credit card and check services, and even in-bank deposit and withdrawal services are dependent on the Bank's IT infrastructure.

NH Bank's Call Center infrastructure has grown in scale and complexity over the years. Today, it includes hundreds of servers and network devices and supports thousands of call center agents. To handle the Bank's clientele, the call center's heterogeneous infrastructure must be operating well. The central call center management solution is Avaya Nortel CS100. The other elements of the call center infrastructure include a computing telephonic interface system from a local Korean vendor, a Java-based knowledge management system running on TmaxSoft's JEUS application server with a Tibero database backend, and an interactive voice response system.

Failure or slowdown of any of the call center IT elements leads to disruption in service to customers. Outages in the past have cost the bank tens of thousands of disrupted transactions worth millions of dollars.

NH Bank Call Center's IT monitoring strategy had not evolved at the same pace as its IT infrastructure and applications. Their IT staff have relied on a network management solution provided by local vendor, NetCruz, for monitoring network devices. Multiple vendor-provided management and administration tools were being used for each of the elements in the call center. In-house scripts were used to monitor application and system log files. Application availability and performance was a black box: there were basic checks in place to detect up/down status of servers and applications, but nothing more in-depth and comprehensive.

Because of the fragmented approach to monitoring, the NH Bank's Call Center's IT operations team did not have centralized visibility into the entire IT infrastructure. "Whenever an issue occurred, our domain experts had to do a lot of manual effort to find the cause of the issue and to rectify it. As a result, service downtime was high. And many a time, lack of unified visibility meant that the root cause of a problem would go unidentified and the problems were resolved by just restarting the servers or applications," said a Senior Manager, IT Team at the NH Bank Call Center.

To modernize its IT monitoring, the Call Center's IT operations team was looking for a centralized monitoring solution that would serve as a single pane of glass for its IT infrastructure including network devices, servers, storage and applications.

The Solution: Unified IT Infrastructure Monitoring with eG Enterprise

The NH Bank Call Center issued an RFP for a centralized monitoring system in September 2017. A local vendor in Korea introduced eG Enterprise to NH Bank. "We were very impressed with eG Enterprise's broad technology coverage. Most of the key elements in our call center - the application servers, databases, virtualization platform and network devices - could be monitored out of the box. With eG Enterprise, we saw the opportunity to go from monitoring just networks and up/down status to monitoring applications in-depth and being able to detect and rectify problems quickly", said a Senior Manager, IT Team at NH Bank Call Center. 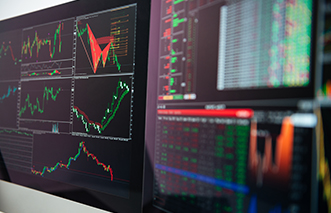 eG Enterprise was deployed at NH Bank Call Center in November 2017. Within a few minutes of deployment, their IT operations team was able to start monitoring their key application servers, databases and virtualization platforms. Standard network devices could also be monitored using SNMP. With help from NetCruz and using eG Enterprise's Integration Console plug-in, the Bank's IT team has also developed customized monitors for their call center application, interactive voice response system and knowledge management system.

"The ability to view the entire IT infrastructure responsible for our call center from one central console is the single biggest benefit to us. We are now not only able to monitor the individual tiers, we can also see dependency maps showing the different IT components supporting each of our business applications," said a Senior Manager, IT Team at NH Bank Call Center.