What was really appealing to us was that eG Enterprise gave us a single pane of glass view into our entire SAP infrastructure. We could see the performance of the key SAP applications, the SQL database instances, the network devices, NetApp storage devices and VMware servers from one web console.

Founded in 1950, NMC develops, manufactures and markets synthetic foam products that are used in many sectors including room and facade design, insulation, industry and packaging as well as sport and leisure. Headquartered in Eynatten, Belgium in the German-speaking East Canton region, NMC has eleven production plants and nineteen subsidiaries across the world. Today, the company has an annual turnover of over two hundred million Euros and has more than thousand two hundred employees worldwide.

NMC has been using SAP since 2009 for many business critical functions including contract conclusion, planning and production, supply, finance and controlling, warehouse management and administration, to the department of transportation, reporting and IT. All of NMC's global subsidiaries and plants rely on the SAP system for their day to day operations. Hence, NMC cannot afford the SAP environment to be unavailable or slow, either completely or partially, even for a few hours.

The SAP-based ERP infrastructure is critical for NMC's business operations. All the group's important processes and workflows use SAP. Information regarding all of the company's close to 8000 products, 5200 customers and 2350 suppliers is stored in this system. All of the company's global divisions and subsidiaries rely on the SAP system for business critical functions including contract conclusion, planning and production, supply, finance and controlling, warehouse management and administration, to the department of transportation, reporting and IT.

Unavailability or slowness of the SAP applications impacts business processes. Furthermore, since its European and American operations also rely on these applications, any outage has a global impact. Hence, NMC cannot afford any performance or availability issues for SAP, not even for a few hours.

Recently, NMC virtualized its SAP infrastructure. This move was intended to make management of the SAP infrastructure more efficient and to enable IT to react quickly to new requirements from the business. VMware vSphere was chosen as the hypervisor. NetApp storage was used. Microsoft SQL server is used as the backend for the SAP and VMware infrastructure.

For several years, NMC had been relying on a third-party service provider with SAP Basis expertise to maintain its SAP applications. This approach worked well when SAP was initially put in place, but as the complexity of the infrastructure increased, the third party service provider could not cope up. In the virtualized SAP infrastructure, the performance of the SAP applications was dependent on the performance of the virtualization platform (VMware), the database platform (Microsoft SQL), the storage tiers (NetApp) and the networking infrastructure (Cisco).

"Our IT team is small and centralized. We are not SAP experts and we did not have sufficient visibility into the entire infrastructure. So when a user called and said that "SAP was slow", we were not able to determine what to do to fix the problem" said Dieter Huppertz, IT Infrastructure Operations Manager at NMC.

"Given the challenges that we were facing with SAP application performance, our CIO decided that we had to have a way to track application performance in-house and not be entirely dependent on the SAP service provider", said Huppertz. In addition, there was a growing awareness from the IT team that they it was not sufficient to monitor the infrastructure as silos. "We knew that we the IT team had to support our colleagues on the business-side and help them achieve their goals. Consequently, we had to have a way to monitor the infrastructure from an end-to-end service perspective, and not on a silo by silo basis", said Huppertz.

It was in this context that NMC looked at the eG Enterprise solution from eG Innovations. "What was really appealing to us was that eG Enterprise gave us a single pane of glass view into our entire SAP infrastructure. We could see the performance of the key SAP applications, the SQL database instances, the network devices, NetApp storage devices and VMware servers from one web console. Before deploying eG Enterprise, we had no visibility into each of the tiers and we would start troubleshooting after receiving user complaints. We were very impressed with the depth of metrics we could get with eG Enterprise for each of our key application, storage, virtualization and network tiers.", said Huppertz. 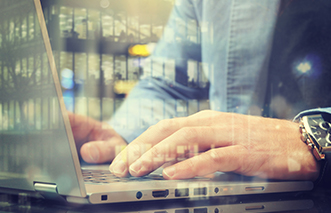 "We did a short proof of concept (POC) of the eG Enterprise solution. The results we got even in the POC were very encouraging. Given how easy the solution was to use and how much visibility we got into the performance of the infrastructure, justifying the purchase after the POC was easy. In fact, we moved to production within a day of completing the POC", said Huppertz.

"The eG Enterprise implementation was very quick – we were up and running within a day. The eG Innovations team was also very helpful and knowledgeable, enabling us to get trained and start using the product quickly", said Huppertz.

"With eG Enterprise, we have much more visibility and control over our SAP infrastructure than before. We now have one tool to monitor the entire IT infrastructure and have the ability to diagnose and fix problems quickly. We have been able to significantly reduce the time take to find the real cause of an issue. What used to take us two to three days is now done in 5-10 minutes. This has directly resulted in cost savings for the IT team and increased user productivity for our businesses.", added Huppertz.

eG Innovations has been helping us to find problems and inconsistencies in our infrastructure. With eG application monitor, we have been able to analyze and understand issues in our SAP ERP environment. We are now able to provide better availability of the SAP applications and reduce expensive and exhausting downtime costs.