eG Enterprise 6.3: A Closer Look at New Features and IT Monitoring Capabilities

About the AuthorRob Beekmans is an IT veteran with over 26 years of experience who has a strong focus on the End User Computing spanning application and desktop delivery, user environment management, mobility and monitoring. Rob is a VMware vExpert and a member of the VMware EUC Champions Group.

The original review was published on Rob's site: https://robbeekmans.net/euc/release-update-eg-enterprise-version-6-3-eg-innovations/.

In January 2018, while Citrix Summit was going on, eG Innovations released version 6.3 of their monitoring solution. There are several reasons Citrix and eG Innovations are important to each other. One of them is that Citrix Summit and Citrix Synergy is monitored by eG Enterprise. For eG Innovations, Citrix is an important vendor and many of their customers use Citrix as the primary application delivery solution.

Application monitoring is the advanced option where you can monitor, for example, SQL services or Exchange services. With the standard agent, you monitor the operating system metrics only. To monitor networking components, you could use the agentless option. What's important to know is that when you monitor a hypervisor, you also monitor basic virtual machine metrics. Outside and inside and through the Admin$ share data from within the virtual machine is retrieved. You need to have access to the virtual machine to allow this.

So, they have a new version on the market right now. Let's look at what they have released.

With version 6.3 eG Enterprise adds the ability to natively monitor all Citrix offerings in Microsoft Azure.

The offerings they support now are: 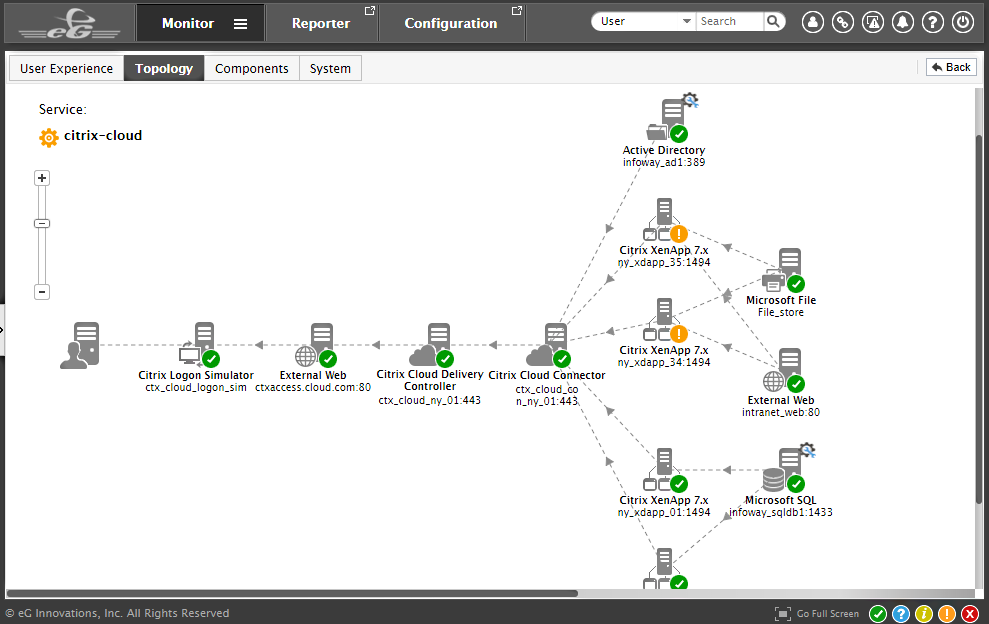 Version 6.3 also brings AWS and Azure enhancements; a massive number of 31 services from AWS are added to the support list. Together with these additions, you can now monitor your AWS services from all regions in all zones and instances.

Enhancements have been added to go even further into protocols and find the culprit that is causing the slowness or issues. Again, many of the features added are focused on Citrix. Features added to monitor performance deeper are: 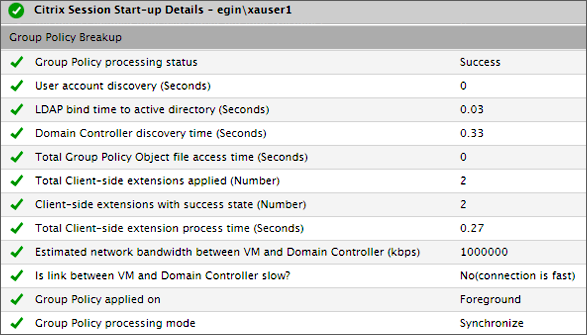 More in-depth reports are available. Some of these metrics are like the old EdgeSight metrics that were available in the advanced reports.

Several new devices and platforms have been added to the solution. With these additions, version 6.3 of eG Enterprise now supports:

In addition to the existing Citrix logon simulator, version 6.3 now introduces a logon simulator for VMware Horizon environments, which helps detect which step of the Horizon login process is causing slowness.

With this version, support for new network devices is added as well. The following networking additions are found:

Further on there are enhancements on e.g. monitoring IBM AS/400 systems. 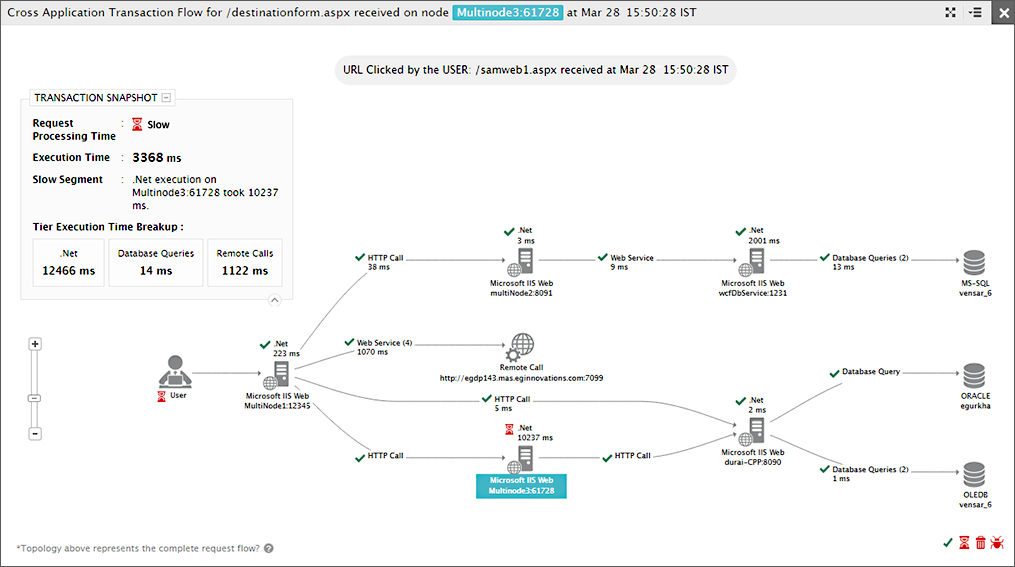 I think version 6.3 offers a lot of enhancements. Many of these enhancements will be of value to your environment. If you are interested in this version of eG Enterprise, please contact eG Innovations for more in-depth information, https://www.eginnovations.com.