I like the ability to monitor just about every component you can think of in this entire organization and be able to show it on one single dashboard. It's just like, wow. It's really an excellent product. 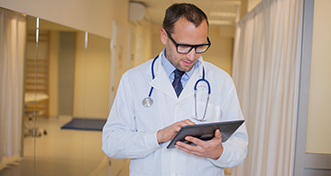 St. Charles Health System's mission is simple but ambitious: "Creating America's healthiest community, together." As the largest provider of medical care in Central Oregon, with four hospitals and more than 120 medical providers, as well as the region's largest employer with over 3,800 caregivers in total, St. Charles plays a pivotal role in this burgeoning community. As a non-profit health system with multiple locations, St. Charles' success depends on its ability to deliver excellent care and high patient satisfaction through the thoughtful management of efficiencies at every level.

About a year ago, St. Charles decided to streamline IT service delivery for all of its units. As their IT infrastructure was aging and as healthcare information requirements grew, improving the user experience and application performance for each caregiver became an important challenge for maintaining its high standards for patient care. The proposed transformation was multifaceted, with four major project goals, including the transition from physical desktops to virtual desktops via Citrix XenDesktop, upgrading the Citrix XenApp 4.5 and 6.5 farms to the latest version, adopting Citrix Provisioning Services and Microsoft App-V for images and application virtualization, and widespread physical IT expansion and component replacements.

The Challenge: How to Maintain Excellent Patient Care During IT Transformation

St. Charles selected a proven healthcare IT service integration provider, Denali Advanced Integration, to advise and manage the transition. Richard Hussain, Solutions Architect at Denali, was tasked with helping St. Charles to ensure the success of design, architecture, and rollout. Assessing the scope of the project, he concluded that the challenges of the transformation project required as much visibility as possible into performance across the infrastructure, as managing performance for Citrix XenApp users in a new installation could potentially involve widespread troubleshooting.

The existing Citrix XenApp farms had always suffered from application performance issues, login problems and systems availability. Initially they used Citrix EdgeSight for monitoring Citrix XenApp plus a combination of vendor-included tools and self-built scripting solutions to track performance of the IT infrastructure. Although these tools provided statistics based on previously collected data, the lack of real-time visibility meant that extra effort was required to determine where the actual cause lie when a performance issue arose; whether it was in Citrix, the network, or elsewhere in the physical or virtual infrastructure. Thus, the team's challenge was to gain both real-time monitoring across the entire infrastructure and also complete depth of coverage throughout each tier, including: Back-end servers, hypervisors, Citrix NetScalers and storage, plus the newer technology components, such as the provisioning service's vDisks, StoreFronts, SQL server databases and XenDesktop delivery controllers.

Joe Schiebler, Enterprise Client Architect at St. Charles asked Richard to search for a new monitoring solution that could provide unified monitoring of the IT infrastructure in real-time, to support the existing technologies as well as the newer technologies being adopted in the redesign project, preferably from a single console.

The Solution: Unified Server and Network Monitoring from eG Enterprise

It was Richard who first alerted the team to eG Enterprise, a unified monitoring solution that could provide St. Charles complete visibility throughout their virtualized Citrix Infrastructure and also address the broader performance and support challenges presented by this project. Once implemented, they have not looked back. eG Enterprise has become a mainstay component in the successful operation of the new St. Charles IT department, helping the team improve service delivery speed and solve problems quickly. "eG Enterprise is something we can't live without," remarked Wendy. "It is a fantastic tool, and it gives me confidence that our systems are running as they should."

eG Enterprise makes identifying the cause of performance problems very easy, with color-coded indicators displaying the performance status for each part of the infrastructure and detailing how any issue is affecting the end user experience. Every morning, Wendy simply notes any eG alerts and looks at the dashboards to immediately see any issues that need attention, before users have even noticed a problem. Richard explained how central the eG dashboards have become at St. Charles: "In the IT department, there is a wall with four 60" monitors lined up next to each other, with eG's dashboards running all the time. Anyone who walks by can immediately see what is red, yellow and green." 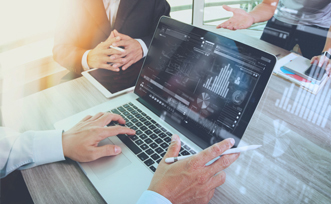 eG Enterprise helps the St. Charles help desk as well. By enabling IT to provide immediate answers to the actual cause of performance issues, eG allows help desk associates to know quickly where to route each call for fast remediation. Call responsiveness has improved and mean time to repair has decreased. Future plans include adding eG dashboard wall monitors to the help desk department as well, giving those associates instant performance visibility to route calls even more efficiently.

But perhaps of most significance, Wendy notes multiple occasions where eG Enterprise allowed her team to fix issues to prevent system downtime, a very serious situation for St. Charles' clinical staff. Noting instances where eG provided proactive alerts on the Citrix provisioning servers, she says, "if we didn't receive eG's alerts, I know that those problems would have cascaded into outages. It's invaluable for us."

Going forward, St. Charles plans to expand monitoring beyond the current 5500 users, as the scope of the project continues to grow. "eG Enterprise is very helpful as we continue to improve our environment," Wendy says, "and allows me to create meaningful performance reports to understand our progress as new goals are added."

eG Enterprise is something we can't live without. We have been able to use eG Enterprise to quantify performance improvements in areas that we were struggling with before, and with a few changes we were able to quickly see that we had a 50% improvement in Citrix user login times.