A System Administrator’s Journey through multiple IT transformations 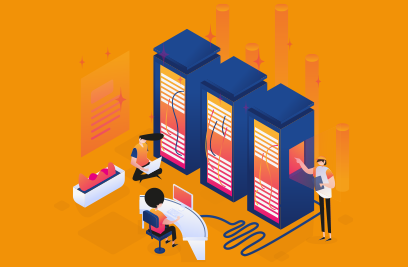 July 30 was SysAdminDay 2021. For most of us at work, the day was just like the day before it but for sys admins across the globe, it was a day when they felt appreciated and acknowledged. Much of what happens behind the scenes in the IT world works well and as expected only because of our IT heroes. They’re the ones, who don the jumpsuits and parachutes in the IT universe… Some are even ready with a fire truck in tow. 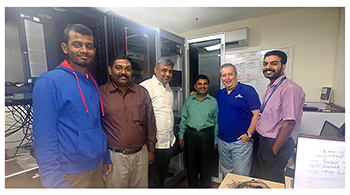 eG Innovations appreciates what our network admins and sys admins do for us daily. On the special day, we had a candid conversation with Karthik G., Team Lead – Network at eG Innovations, wherein he answered a few funny and quirky questions for us. We hope you enjoy reading the conversation as much as we loved having it! Here’s a sneak peek into the world of a Sys Admin through his eyes and ears…

Karthik Ganesan (KG): Weird call, hmm… I started my career as a junior support engineer, then became a senior engineer, and then became a team leader, and now am heading the division. Such a long journey and so many weird calls!

There’s one call that I remember from early in my career. I was with a software development company, and I was a Sys Admin back then too.

One fine day, there was a customer deliverable, and a developer was supposed to deliver something. He had a high-pressure call in a conference room. Immediately after the call, he came back to his desk, and he was supposed to start work and deliver something. But there was some heated argument in that call, I still remember. And this guy, a senior developer, was trying to connect to the database; he was doing a compile command, and it failed. Looked like our database server was not connected. He immediately called us and shouted at us over the phone.

We had no clue what was going on. So, I just replied, “Let me come there. Don’t worry, let me come.” I just went to his place. I just looked at his system and said, “Very clearly, there was a network cable disconnected icon there, right on your screen!”

I checked and saw that the patch cable was disconnected. I just connected it physically to his desktop and voila, all was working again! He immediately apologized for his impatience.

KG: It is not on your list. I would say strongly say, my favorite helpdesk ticketing tool is GLPI. it is an open-source community project. I’ve been following this tool since 2008. And I’ve been using it since then. This is one of the best open-source tools out there. And it’s free.

Though it is open sourced, it is a standardized tool and there’s a huge community behind it; you get support all the time.

AW: Apart from eG Enterprise, what is your favorite monitoring tool? And, why? 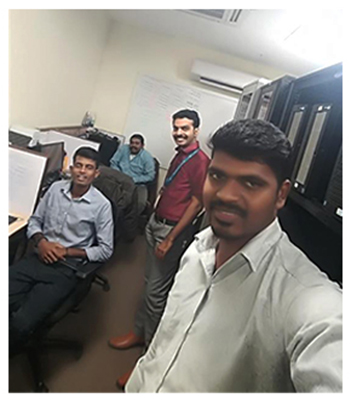 KG: At eG Innovations, we use eG Enterprise to monitor our own networks and services. I’m not really into any other monitoring tools apart from eG Enterprise. So, I love open-source tools, such as Zabbix, which is comparatively easy to use and gives you all the basic features that you need.

Apart from Zabbix, I also love ManageEngine. Why? Well, I have a good story. This story took place much before I had joined eG Innovations. In fact, I’ve told it many times to many people! In one of my previous engagements in a previous company, we were running an international MPLS link between the US and Chennai. This was an expensive link. Back then we were running a 1 Mbps line and we used to pay almost $34,000 USD per year.

We were using a different vendor first for this important link and later migrated to a new vendor which provided us with a 1.5 Mbps connection. The latency was comparatively better, and the link was stable too. About a month after the migration, suddenly, I was I was called for a meeting. They said, we are facing issues like slowness in the connection.

I didn’t have any clue what could be causing it at that time because we were not using any performance monitoring tool. I just downloaded ManageEngine and installed it just to try anything. For a single interface, it was a lifetime free product back then. Just downloaded its exe file, it installed within a few minutes, and I was ready to monitor. I was able to find out the root cause of the slowness and rectified it asap.

I received awards, appreciation, and recognition back then all because of a simple, free monitoring tool! 😊

KG: I wouldn’t want to answer the first question because we end up meeting different people at different times in our lives and we all tend to be impatient sometime or the other.

But yes, the most understanding person is Dr Srinivas Ramanathan, our CEO. He’s never acted like a boss or a CEO with us and has always given a patient ear to our issues and resolutions.

I’ve completed 9 years here and it’s all because of Srinivas! After Srinivas, Raja Kannan is the most understanding user at eG as per my opinion.

AW: How did you become a Sys Admin?

KG: Good question. I’m an electronics graduate and I’ve been working in the electronics industry for the first two and a half years of my career. At that time, one of my friends and my cousin, were into networking. They introduced me to Novell and networking, etc.

I got certified as a CNE (Certified Network Engineer) and began my journey into networking. I love finding problems and solving them. Finding solutions motivates me to learn more!

AW: What’s the hardest bug you’ve ever had to find?

KG: The hardest bug I have ever had to find… I think it was the year 2002, maybe. Google was not that famous, and Alta Vista was the search engine that dominated the scene back then.

One set of our users were not able to log into the Windows server, but the remaining set of users were able to log in. This issue started just like that one fine day and got automatically resolved the next day.

And we didn’t have any clue. We went through multiple documentation notes, and DVDs from Microsoft. We found out the root cause and solved it via pure R&D without any search engine help.

The amount of learning I did back then from just solving one issue is much more than what we can expect to learn nowadays with instant help available at your fingertips via forums, communities, and FAQs.

AW: What’s the most common user error you face now?

KG: After we magically enabled WFH for all eG Innovations’ employees across the globe in a matter of just two days, in the year 2020 much before the union and state governments even declared a national lockdown, we started facing our most common user error: connectivity issues due to ISP’s fault.

AW: What laptop would you choose as your own endpoint?

AW: Do you prefer Microsoft Teams or Zoom?

KG: I have not used Zoom for video or team calls much but Microsoft Teams is doing a great job; they’re adding new features and functionalities every month.

AW: What’s your favourite Linux distro and why?

CentOS. Because it’s free and it’s open source. I am a sucker for open source and community-based tools and software. But CentOS Linux releases will end at the end of 2021.

AW: Perl, Python, or PowerShell? Which one do you prefer?

KG: I have not worked much with Perl or Python but PowerShell, yes. People are doing wonderful stuff with Python but that’s on my list of to-learn items for this year.

KG: At work, receiving appreciation from Srinivas is always a moment of pride because he holds everyone up to very high standards. To go above those standards means you’ve done something truly exceptional. 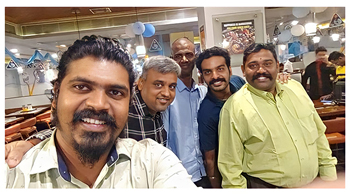 Also, in my previous organizations, I was awarded multiple times after my team solved challenging problems. Those were proud moments too. In fact, after a few months of me moving on from a company, its director, based out of Singapore, came to Chennai, and met me in person. He presented me with a bonus for resolving some complex issues while I was working there. I couldn’t believe that he’d flown to Chennai just to thank me in person, that was a really rare moment, and that moment will stay with me forever.

AW: And with this, we come to the last question: if you could change one thing about Microsoft Windows, what would it be?

KG: I wish operations could be resolved in Microsoft Windows without a restart. That’s the one thing, I wish they could change.

AW: Thanks, Karthik for this wonderful tête-à-tête with our readers. There are many more IT Performance Heroes at eG Innovations.

Stay tuned for more such interviews. We can’t wait for you to meet them!

by Chetan Goyal
Discover, Diagnose, and Resolve IT Performance
Issues with Full Stack Observability
Get Started