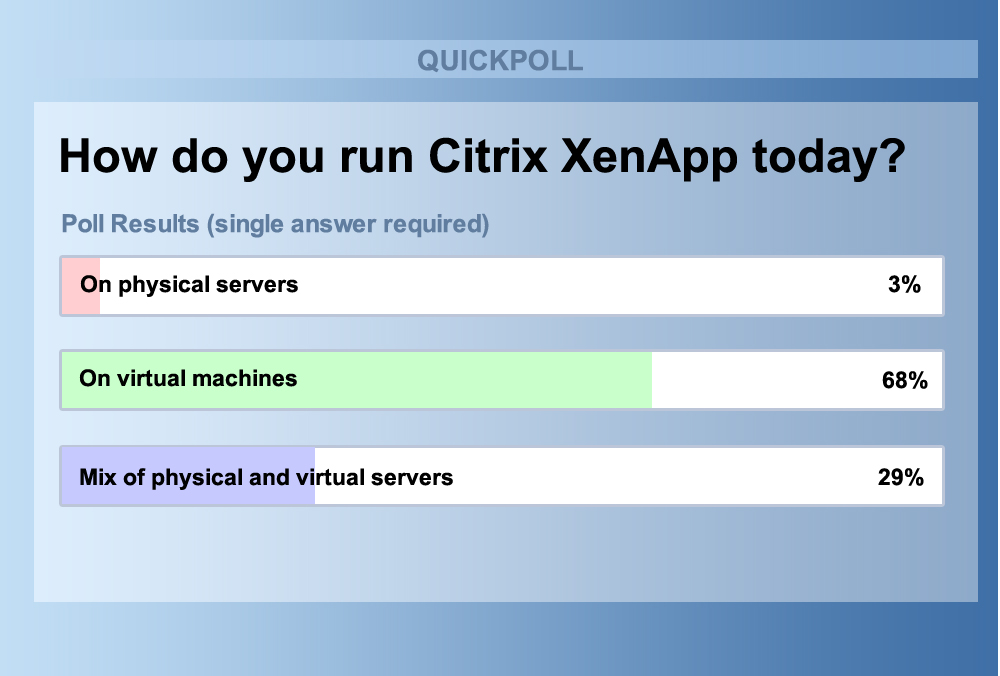 Despite the economic and operational advantages of virtualization, virtual environments are inherently more complex and make performance management more difficult. But how much so? In another webinar poll, we asked our IT audience about their biggest virtualization challenges.

The poll revealed that performance and user experience problems top the list of virtualization challenges for 66 percent of IT professionals, followed by lack of visibility into virtual machines and their dependencies (47 percent), and the increased complexity of performance management (45 percent). 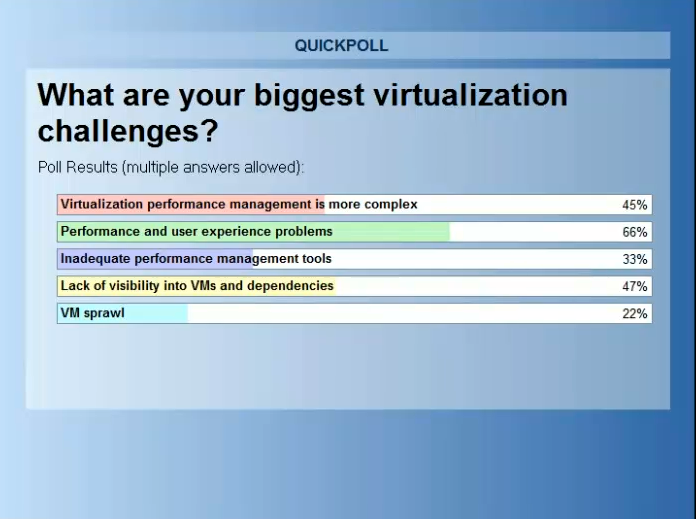 Download the white paper “Performance Assurance for Virtualized Citrix XenApp Infrastructures“ and find out how to overcome performance challenges and deliver better service quality and user satisfaction while reducing cost and complexity.