There has been a lingering perception that Java applications are slower than applications written in other languages. So, if performance is important for your application, you should not be considering Java as the programming language to use. This perception was true about 20 years ago, when Java was initially used for developing applications. In the early Java implementations, it took a long time for the Java Virtual Machine (JVM) to start. Early Java-based user interfaces were based on Swing technology and were slow.

This is probably obvious to many of you, but I wanted to write it down just in case. I used to write Java at work, and my Java programs were really slow. I thought (and people sometimes told me) that this was because Java is a slow programming language. This just isn’t true
Julia Evans
https://jvns.ca/blog/2016/01/03/java-isnt-slow/

This blog provides insights into simple changes you can make to your Java Virtual Machine (JVM) settings to further boost your Java application performance. Most of these changes do not involve changes to the application code, and therefore, can be implemented by your application operations teams and do not require application development teams to be involved.

If you are concerned about security as well, moving to the latest stable release is advisable. For instance, for SSL-based HTTP connections, TLS v1.2 is used as the default transport-level security standard. This means, if you use an earlier version of the JVM, your application may be prone to security threats that exist with TLS v1.1.

While the JVM does manage memory dynamically, it needs to be configured with sufficient memory to perform its task. Some of the common symptoms that indicate that you may not have configured memory correctly are:

The memory available to the JVM is configured when the Java application is first started, and this cannot be changed dynamically. An application restart is required for any changes to a JVM’s memory setting to be reflected.

The Xmx parameter to the JVM governs the maximum amount of heap memory you are allocating to the application. This is probably the most important JVM argument. The heap size of a Java application must be set optimally. Setting too small a heap size will result in out-of-memory errors and cause your application to fail to function properly until it is restarted. Setting a very large heap memory will also have an adverse impact on performance. Garbage collection may happen less frequently and when it happens, a large amount of memory may be released. This could result in application pauses.

Make sure to monitor the heap usage of your JVM and if the heap usage ever gets close to 90%, it indicates that you will need to tune the memory available to the JVM. Memory shortage could also happen because of memory leaks in the application. To diagnose memory leaks, take a heap dump and analyze the memory used by different objects using a tool such as the Eclipse Memory Analyzer Tooling (MAT). 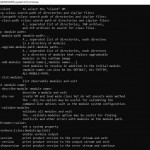 There are 600+ arguments that you can pass to a JVM just around garbage collection and memory. If you include other aspects, the number of JVM arguments will easily cross 1000+. That’s way too many options and settings…
7 JVM Arguments of Highly Effective Applications

Note that Xms is the initial setting of the heap memory size and during normal operation of your application, the actual heap memory size can be lower than Xms. For example, when users are inactive or after GC has just happened. You should set Xms and Xmx to the same value for best performance. 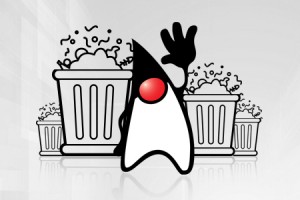 The choice of the GC algorithm can play an important role in determining an application’s performance. For instance, G1 GC and Z GC are reputed to offer far better performance than Concurrent Mark and Sweep GC. Note that ZGC is available on Linux from JDK 11 and for Windows from JDK 14 (also note that Windows 10 or Window server 2019 are required). To use G1GC, you have to specify the -XX:+UseG1GC argument for the JVM.

For best Java application performance, you need to monitor the JVM, the web container, and the application code.

Get 360° visibility into Java application performance with eG Enterprise.

One of the key GC parameters is MaxGCPauseMillis. This value sets a target to the JVM for the maximum time it can pause an application during GC. This is a soft goal, and the JVM will make its best effort to achieve it. For GC to be not noticeable, this value should be as low as possible. At the same time, keeping it too low can cause the garbage collector to trigger often, thus impacting performance. We have found a value closer to 500msec to yield the best throughput without any noticeable performance degradation.

There are other related parameters that can be set to tune the JVM’s garbage collector further:

You might have the most efficient code but if you do not have the web container configured correctly, your application will not deliver the performance expected. Web containers, such as Tomcat, JBoss, WebLogic and WebSphere have limits on the number of threads that can be spawned when they are processing requests. The default settings of these containers are very low for most production workloads. Make sure that you check the thread pool configuration of your web container and ensure that incoming requests are not waiting for threads to be available to pick them up for processing.

Thread pool configuration of the Apache Tomcat web container
While it is important to ensure that there are sufficient threads configured for your web container, providing an unnecessarily large number for the thread pool size will also be detrimental. When there are too many threads for the JVM to handle, this leads to excessive context switching. Garbage collection may also be triggered more often, and overall performance of the application will suffer. So, remember – bigger is not always better when it comes to Java thread pools! 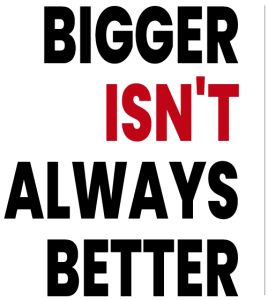 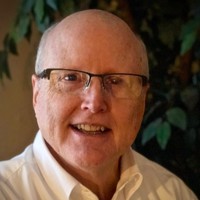 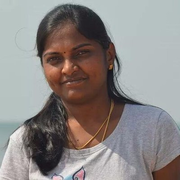