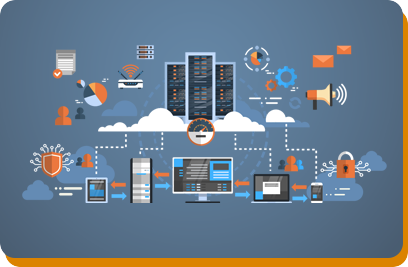 It’s no secret that Application Performance Monitoring (APM) is becoming a critical competency in today’s enterprise networks. After all, so many enterprises are moving to a cloud-based model that leverages tiers of service, which brings unforeseen complexity into the task of keeping things running smoothly.

Traditionally, most IT managers have thought that application performance was a direct result of the static resources available, focusing on elements such as processor performance, available RAM, and perhaps the traffic saturation associated with the LAN. Although monitoring those elements still remains critical for providing adequate performance, the APM game has changed, or more appropriately evolved, to something that must address much more that the status of the basic hardware that makes up a network.

That change (or evolution) has been driven by the adoption of technologies such as cloud services, hybrid cloud deployments, mobility, content delivery networks (CDNs), hosted databases, and so on.

Dynamics of How an Application is Delivered

These new technologies have changed the basic dynamic of how an application is delivered to an end user and how the endpoint interacts with the data associated with the application.

A good example of this comes in the form of a line of business application delivered by a cloud service, where a hosted application server delivers the application to an endpoint via a browser connection and the associated data is stored on a hosted database and the connectivity to the application and data is provided via the Internet over a VPN. In this situation, there are multiple elements that have to work in concert to provide acceptable application availability and performance, and any one of those “tiers” can have an effect on the application. What’s more, any single tier can impact any other, especially when virtualization is involved or a software defined solution (SDN, SDDC, SDS, etc.) underpins operations.

Take the above example and apply it to the real world, where an IT manager gets a trouble ticket forwarded from the Help Desk that simply states, “user is complaining of a slow application”. For that IT manager, the big question becomes where to start? Using the traditional approach, the starting point becomes looking at the hardware and network. However, that approach is all but useless in today’s world.

Today, the IT Manager must turn to an APM platform to track down a problem. Getting the proper intelligence out of that platform is a critical component for successfully remediating any application performance problem. That said, the typical APM platform is little more than a measurement and reporting tool, it will assist an IT manager in solving the problem, but the IT manager must have an understanding of how the tiers of a hybrid, cloud-served network delivers an application. An understanding that brings us to how the OSI model can serve as a tier template for application delivery.

The OSI Model & Its Symbiotic Relationship

If you think about the 7 layers of the OSI model and what each is responsible for in the realm of network communications, it becomes clear how some of those layers can be mapped to the tiers of application delivery. 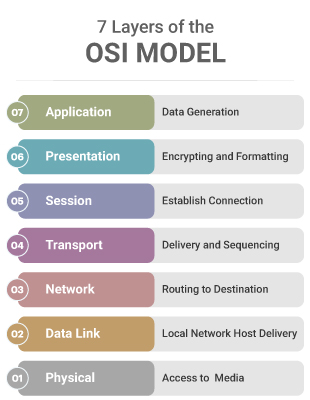 The OSI Model is broken out into layers, which has specific functions. Each of those functions map directly to the movement of information across a network. If you align the basic concept with APM, it becomes clear how a symbiotic relationship is formed between application delivery and the constructs of the OSI model. Below is a Citrix-based example. 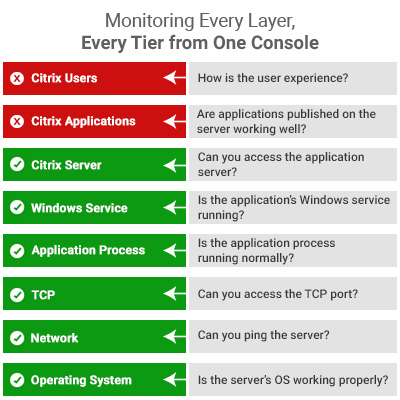 When comparing the two models, it becomes evidently clear that the OSI model is intertwined with the best practices of APM troubleshooting.

The question here becomes one of ‘How well do IT Managers understand the implications of APM and how understanding the OSI Model becomes a critical competency for success’.

For more information on the best practices for APM, watch this webinar titled “My Application is Slow: Best Practices for Troubleshooting and Prevention”.