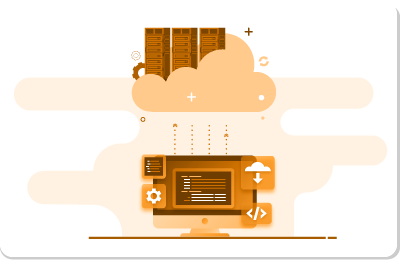 Companies across industries are under tremendous pressure to develop and deploy IT applications and services faster and with far greater efficiency. Traditional enterprise application development falls short since it is not efficient and speedy.

IT and business leaders are keen to take advantage of cloud computing as it offers businesses cost savings, scalability at the touch of a button, and flexibility to respond quickly to change. Today, cloud native has altered the approach to developing, shipping, and managing software applications. It has quickly emerged as an innovative concept that is in smooth alignment with business requirements.

This article will help you understand:

What are Cloud Native Applications?

“Cloud native” refers to the process of development, implementation, deployment, and functioning of applications that fully reaps the benefits of the cloud computing model.

The key aspects that characterize cloud native applications are:

Cloud native computing uses an open-source software stack to deploy applications as microservices, packaging each part into its own container, and dynamically orchestrating those containers to optimize resource utilization..

These techniques enable loosely coupled systems that are resilient, manageable, and observable. Combined with robust automation, they allow engineers to make high-impact changes frequently and predictably with minimal toil.

What makes the cloud ideal for cloud native applications?

Any significant cloud platform—public, private, or otherwise provides a set of capabilities to help realize the modern cloud native applications. Bill Wilder outlines a set of characteristics of a cloud platform in his seminal book ‘Cloud architecture patterns’:

While the journey to cloud native is technology-intensive, there’s a growing school of thought that it’s a lot more than technology. Teams should pay attention to establishing the right culture to fully reap the benefits of cloud native.

The culture adopted in cloud native tends to embrace learning and continuous improvement. Teams need to adopt self-education, experimentation, and data-backed research in a rapidly changing technology landscape—more about cultural principles in a later section below.

Whether you create an architectural design for physical, on-premises, or cloud native architectures, the framework remains similar. However, certain basic presumptions change on the adoption of the cloud. For instance, replacing a server would take weeks within a traditional environment but seconds in a Cloud Native Application. Hence, it is essential to understand specific characteristics of cloud native apps to leverage the benefits of the cloud.

When a monolithic application is broken into many smaller pieces (i.e. independent applications/services), it becomes easier to scale those specific parts of the processing that are constrained by scalability or performance. These smaller pieces are called microservices. Each microservice is designed to be autonomous, independent, and self-contained.

This approach has several advantages: Each microservice can be deployed, upgraded, scaled, and restarted independent of other services in the application and with no impact on the end-user. Because they are independent, you eliminate dependencies and coordination effort. Teams can work in parallel, thereby increasing velocity.

A key attribute of microservices design is that they should be stateless. Data is externalized – it is stored in state stores such as storage services. This feature enables elasticity, which is one of the key attributes of cloud computing.

The twelve-factor methodology is set of application development principles that applications should implement to take advantage of the common practices of modern cloud platforms.

A container is a running process isolated from the host operating system and other processes in the system. Bundling a cloud native application into a single, contained unit with all libraries, configuration files, executables, or other components that the application needs to execute is enabled through containerization. This process makes applications easy to test, move, and deploy.

Traditionally, capacity planning and provisioning of hardware resources are very cost-intensive. In the cloud, a team of engineers can start deploying value to production in a matter of hours. Resources can also be de-allocated just as quickly, closely mirroring changes in customer demand.

The core premise of cloud native is to have a working build of the system daily. That way, feedback is immediate. Mistakes are corrected as they are made. The idea is to integrate early and integrate often.

When developers push their changes into a central source-control repository such as Git, it automatically triggers the continuous integration (CI) process. The application code is built and test automation ensures that any errors are surfaced immediately. If all goes well, the application then gets packaged into a binary. In summary, source code integration coupled with automated build management and verification tests makes up CI.

Continuous deployment (CD) allows the automation of the delivery of binary packages to the production environment. CD also adds an automated step after the package has been posted to the repository to install the new version of the package to production. The process also needs to include an automated monitoring process that can determine if the application deployment was successful and trigger a rollback if required.

The core principle is to create reproducible infrastructure at the click of a button by treating Infrastructure as Code (IaC). Teams codify all the instructions necessary to ensure environments are automatically provisioned, consistent, and repeatable. This process is a significant shift from the traditional practice of build, deploy, patch and maintain, which were time-consuming and error-prone. Tools like Terraform, Pulumi, and cloud vendor tools such as AWS CDK can help with this effort.

Another core premise in cloud native is immutable infrastructure. The term is borrowed from the programming concept of immutability. That is, once you instantiate something, you never change it. Along the same vein, infrastructure is replaced rather than maintained.

In the data center, infrastructure is expensive. To preserve the investments, ops teams craft and carefully maintain each individual server. In contrast, the cloud provides the capability to set up new infrastructure at the click of a button – better still, in an API call that is invoked in an automated way.

Teams automate the scale-up of the system when the load increases and scale down when there is a sustained drop in load. These steps ensure that the service remains available with steady and predictable performance during high load and optimal cost when the load eases off. Examples include Auto Scaling Groups (ASGs) on AWS, managed instance groups on Google Cloud Platform, or Scale Sets on Azure.

There are two major deployment strategies:

Service meshes (such as Istio or Linkerd) provide advanced routing features to complement the above deployment strategies.

Application Performance Monitoring services are essential during all stages of the cloud native process; however, it’s imperative during the release stage when applications are deployed into production. Teams bake monitoring into cloud applications from the inception as opposed to an afterthought. Business stakeholders can obtain valuable insights into user behavior and experience – how many people are using which parts of the application from various geographical locations and their average response time, and so forth. Site Reliability Engineers (SRE) spearhead observability efforts by combining monitoring metrics (such as error rate, incoming request rate, latency, and utilization) with other sources of information (such as logs, application tracing) to obtain an overall view of the system health.

We talked about culture being center stage in cloud native application development. Here are some typical features of a cloud native/ DevOps culture:

A cloud native architecture is appealing to enterprises on account of the benefits it has to offer.

The table below summarizes the IT and business benefits of cloud native applications.

All of this makes it essential for IT teams to monitor their applications 24×7 and ensure that the applications are working well and delivering the quality of service that users expect. Diagnosing the problem and detecting the root cause is another big challenge when performance issues are detected. Observability is essential: metrics, traces, and logs all must be analyzed. Analytics for interpreting patterns in the data collected and other AIOps technologies are required to assist IT teams in troubleshooting performance problems.

How to Monitor Azure Active Directory

How to Monitor and Troubleshoot Multi-cloud Applications