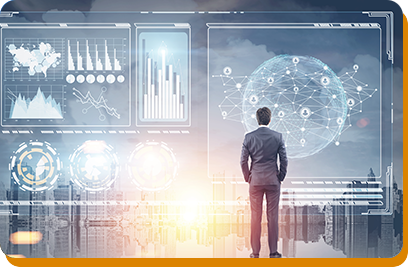 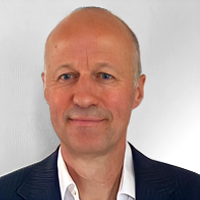 Atos needed deep insights into the entire chain of components necessary for a virtual workplace to do its job properly, with a particular emphasis on user experience. This is exactly the kind of requirement that eG Enterprise is built for, which is what prompted Atos to start using the product five years ago.

Sietze Vrind, a business manager at Atos says they’ve “never regretted it for a moment.”

This article originally appeared on the Dutch IT Channel and has been translated into English.

In the pre-virtualization era, it was fairly easy to monitor the state of all elements within a network because the signals provided by the individual components were enough. That changed when virtualization of hardware made its appearance and even more so when with the increased usage of software-based solutions.

This gave rise to the dreaded IT problem of users complaining that applications are slow, but the monitoring tools saying everything was working normally. 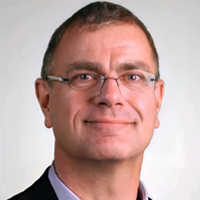 It is possible that all lights on the affected components light up green, but the user is still experiencing poor performance. For example, an application could be slow as systems are run more and more as virtual machines instead of directly on the hardware. says Henk Seine, the Global Service Architect Virtual Workplace at Atos.

“The behavior of CPUs and graphics cards within the virtual chain were not considered by the traditional IT monitoring tools even though they have a major influence on the performance of an application.”

This was the reason why five years ago, Atos looked to the market for a monitoring tool that maps the end-to-end behavior of the IT infrastructure and applications in a virtualized environment. Atos evaluated multiple vendors in their search with eG Innovations coming out ahead as the most optimal solution.

Being a proactive monitoring tool and offering a complete end-to-end monitoring package are just two of the reasons Atos shortlisted and subsequently selected eG Innovations, according to Vrind.

Most monitoring tools are reactive, according to both Henk Seine and Sietze Vrind. These legacy tools send an alert after something has already gone wrong and the end-user experience has been impacted.

What makes eG Innovations different is its proactive approach. Vrind explains, “This is an important advantage. Monitoring is active throughout the entire chain, from the hardware and storage of the hypervisor to the related software components of the entire virtual workplace. In addition, connected systems, such as storage, are also carefully monitored. The advantage here is that the statuses of all the systems and components in the chain of systems are presented on a single, central console instead of each system being monitored by its own silo of tools. This enables us to quickly identify the root cause of any problem–whether it’s hardware or software. Our customers wanted us to improve the stability and quality of services provided for virtual workplaces, which was only possible with eG Innovations, and made it the clear choice during our detailed evaluation process.”

Anyone who buys eG Enterprise gets access to the whole package. “We are still only using about 20 percent of the options in eG Enterprise and are already very happy with it,” Vrind continues. “Further access can be set up in increments. For example, we can also give our customers insight into change management. This can be done at a very technical level, but also at the level that is suitable for general management, which our customers greatly appreciate.”

So, did Atos employees need a computer science degree in eG Enterprise to get the most out of the tool?

Not according to Vrind. “The installation is straightforward, and the software comes loaded with pre-defined settings. The ‘supervisor’ is active very quickly and subsequently it was easy to set up the tool according to our own requirements.”

Reporting was also a critical component for Atos because they had to be sent to customers and understood by the management, who may not have as much technical knowledge as the IT team.

“What I’ve said about legacy IT monitoring tools versus eG Innovations also applies to reporting,” says Vrind. “Given the siloed nature of traditional IT monitoring tools, usually you had to centrally connect the reports of a dozen different tools to gain insight. You can be busy on this administrative task for an entire day. With eG Enterprise, numerous reports are available out-of-the-box and cover the entire IT chain from infrastructure to applications. The reports are helpful for the management too; we can show them tangible profits and ROI. The ROI of eG Enterprise is really good.”

Getting up and running with eG Enterprise is a matter of installing the software (if you choose to run it on-premises, but a cloud version is also available). This ease of use is thanks to the auto-detection of your IT infrastructure. “The software has the ability to automatically map the IT environment, which makes the entire topology visible,” says Seine. “Customer-related matters are also easy to process. Of course, you have to think about how to solve their problems, but the tasks are often simple to perform with eG Enterprise.”

Both Seine and Vrind describe the relationship with the eG Innovations BENELUX team as productive. For example, there is a weekly consultation with Renne Bots, Area Sales Manager, eG Innovations. “eG Innovations listens to our requirements carefully,” says Vrind. “If we want a specific solution for a customer, they accommodate it, and the solution gets customized. Furthermore, eG Innovations then assesses whether other organizations can also benefit from that specific application. If that is the case, we will see it in the next update of the software. Through all the customer experiences we have (Atos works with eG Enterprise worldwide), we collect a wealth of information. We are like the eyes and ears of eG Innovations in the workplace of our customers and that is appreciated. We take each other seriously and see each other as valuable partners for critical discussions and as long-term development partner.”

An example of this deep relationship between the two companies is the link with ServiceNow. Atos had special wishes for this link, which were then used by eG Innovations to develop an agent especially for linking with the Atos management systems. “They are very open to our suggestions and requirements,” notes Seine, “eG Innovations shares a common motto with Atos: New things are coming.”

Atos is now using eG Enterprise v7 for several customers. The transition is still underway for other customers but will be completed soon. Atos has been well supported during the upgrades by eG Innovations. “The upgrades work in tandem with scripting and is carried out together with eG Innovations,” said Seine.