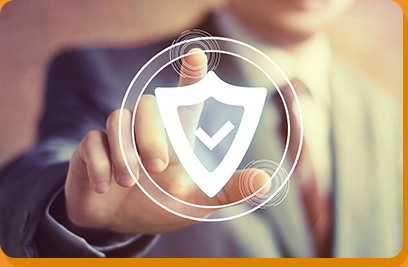 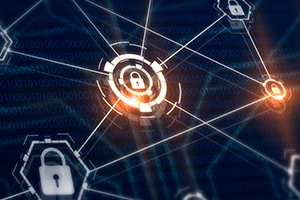 Regardless of the features, price, or support, there is one thing you need from any EUC product, monitoring or otherwise – it should not be a massive security risk.

I’ve been updating some of our security documentation explaining what we do to ensure our product is suitable for the security models in regulated industries, such as finance and healthcare. Talking to our security guys, I was flabbergasted to find out that there are monitoring products out there that go against what is not only an industry best practice but also not the right thing to do: agents that open and listen on fixed TCP ports!

Most monitoring products use a manager-agent architecture with either TCP or UDP protocols being used for communication. TCP is connection-oriented and guarantees delivery of messages while UDP is connection-less and does not offer guaranteed delivery.

SNMP, one of the most widely used protocols for network management for years, uses UDP, but most monitoring systems for applications, servers, and storage today rely on the TCP protocol. 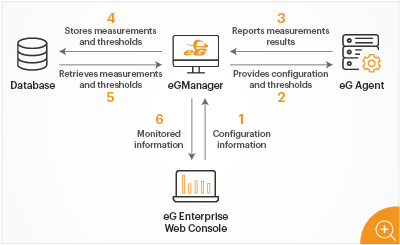 Figure 1: The architecture of the eG Enterprise performance
monitoring solution

In the monitoring system architecture, “agents” are installed on key servers/locations in the target infrastructure and collect performance metrics. For instance, an agent could be installed on a guest VM of a VMware environment and can collect metrics such as CPU usage of the VM, memory usage of the VM, disk activity on the disk drives of the VM, etc. Sometimes, monitoring can be agentless. For example, monitoring of network devices is using SNMP and a “proxy” agent or an “agentless data collector” is responsible for collecting metrics about the network devices.

Data collected by the agent is communicated to a “management server” for analysis, storage, and for alerting IT operations teams when abnormal situations are detected. Figure 1 shows the communication architecture of eG Enterprise. The management server can be installed on-premises, or it could be in the cloud and offered as SaaS.

There are several types of messages that must be communicated between the agents and the manager:

Each system in a network is identified by its IP address. However, an IP address alone is not sufficient as a computer can run multiple applications and/or services. A port on a computer identifies the application or service running on the computer.

Should a Pull or Push Model be Used?

Manager/agent architectures can use a push model or a pull model:

The challenge with a pull model is that TCP ports are opened on all the systems on which agents are installed. 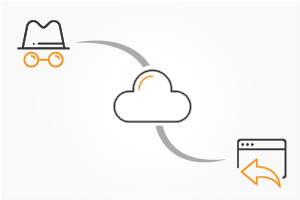 An open port does not immediately mean a security issue. However, it can provide a pathway for attackers to applications listening on a port. Therefore, attackers can exploit shortcomings such as weak credentials, absence of two-factor authentication, or even vulnerabilities in the application itself, particularly if an agent is allowed to run scripts supplied from the manager. Monitoring and securing open ports are an overhead and as such it is a best practice to simply avoid unnecessarily open ports and avoid listening methodologies to minimize the attack surface available to malicious third parties.

Open TCP ports could be a bigger issue if the systems being monitored are in the cloud/Internet. Attackers can use open ports as an initial attack vector. Furthermore, listening ports on a local network can be used for lateral movement. It is a good practice to close ports or at least limit them to a local network.

There are other considerations when evaluating a pull vs. push model for communication. A pull model requires that the manager have a direct communication path to the agents. If the agents are within a private network, the manager has to be in the same network as well. This is a severe restriction. To get over this, additional firewall rules need to be created to allow manager-to-agent communication, which will not please your IT security teams!

Because of the above considerations, eG Enterprise uses a push model for communication from the agents to the manager. Our agents do not listen on any TCP ports and are hence, highly secure. While the manager does not open connections to the agents (because the agents do not listen on TCP ports), it sends instructions to an agent whenever that agent connects to it (remember, communication can be bi-directional after a connection is established). 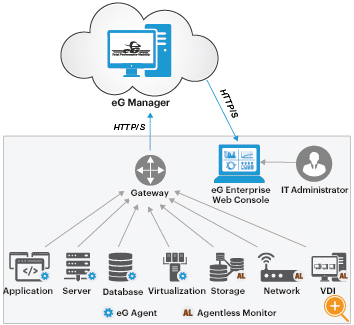 So, if you are evaluating any monitoring product, please do ask those key questions on port security and ask for port security overview and be wary, especially if two-way connection initiation is involved. An open port listening on every agent certainly isn’t wise, and moreover, is unnecessary as better architectural models exist.