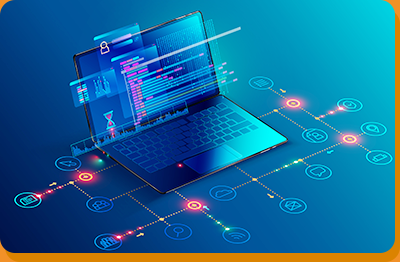 A Typical Production Scenario: How Do You Handle Complaints of Slow Java Applications?

It is 2 am in the morning and you get woken up by a phone call from the helpdesk team. The helpdesk is receiving a flood of calls from application users complaining about slow Java applications that are business impacting. Users are complaining that the browser keeps spinning and eventually all they see is a ‘white page’.

Still somewhat heavy-eyed, you go through the ‘standard operating procedure’. You notice that no TCP traffic is flowing to or from the app server cluster. The application logs aren’t moving either.

You are wondering what could be wrong when the VP of IT Operations, pings you over Instant Messenger asking you to join a war room conference call. You will be asked to provide answers and pinpoint the root cause of why your Java applications are slow – fast.

This is a classic case of application hang due to a deadlock of threads in the Java Virtual Machine (JVM). This blog will explain what Java application deadlocks are, why they happen and summarize the repercussions of deadlocks and provide options to diagnose and troubleshoot them to ensure that you don’t have slow Java applications. Read on.

What are Java Application Deadlocks?

“The JVM is not nearly as helpful in resolving deadlocks as database servers are. When a set of Java threads deadlock, that’s the end of the game. Depending on what those threads do, the application may stall completely.”

When a deadlock happens, the application may stall or become very slow. Typical symptoms could be “white pages” in web applications while the browser continues to spin eventually resulting in a timeout. Often, users might attempt to retry their request by clicking refresh or resubmitting a form, which compounds the Java performance problem further.

When threads go into a deadlock situation, they take longer to respond. In the intervening period, a fresh set of requests may arrive into the system.

When deadlocks manifest in application servers, fresh requests will get backed up in the ‘execution queue’. The application server’s thread pool will hit the max utilization, thereby denying service to new requests. This causes further exponential degradation of performance.

Challenges with Troubleshooting Deadlocks in a Clustered, Multi-tier Environment

Application support teams are usually caught off-guard when faced with deadlocks in production environments. There are there main scenarios when it becomes difficult to detect deadlocks.

Check out this blog and learn how to put an end to those pesky #Java deadlocks and application hangs. Get tips to make your Java application performance better.
#JavaDeveloper #JavaProgramming

So, How to Diagnose and Troubleshoot Java Application Deadlocks?

There are various options available to troubleshoot deadlock situations that could result in slow Java applications.

1. The naïve way: Kill the process and cross your fingers

2. The laborious way: Take thread dumps in your cluster of JVMs

Typically, you would need to capture a series of thread dumps (example: 6 thread dumps spaced 20 seconds apart) to infer any thread patterns – just a static thread dump snapshot may not suffice.

Then, you would have to forward the thread dumps to the development team and wait for them to analyze and get back. Depending on the size of the cluster, there would be multiple files to trawl through and this might entail significant time.

This is not an optimal situation you want to be at 2 am in the morning when the business team from another country is waiting on a quick resolution.

The manual approach of taking thread dumps assumes that you know which JVM(s) is (are) suffering from deadlocks. Chances are that the application is hosted in a high-availability, clustered Application Server farm with tens (if not hundreds) of servers.

If only a subset of JVMs are undergoing the deadlock problem, you may not be in a position to precisely know which JVM is seeing thread contention or deadlocks. You would have to resort to taking thread dumps across all of your JVMs.

This becomes a trial-and-error approach which is both laborious and time-consuming. While this approach may be viable for a development or staging environment, it is not viable for a business-critical production environment where ‘Mean-Time-To-Repair’ (MTTR) is key. 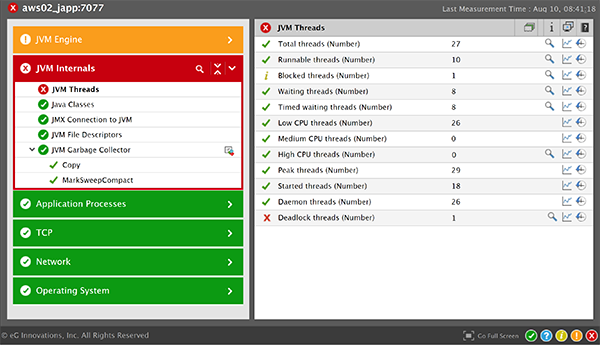