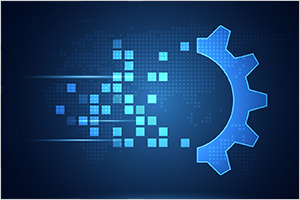 Constant changes happen in today’s digital world. New versions of applications, databases, middleware, and virtualization technologies are being released regularly – at least once every 6-12 months. Patches and upgrades to operating systems and changes to anti-virus software are being released in weekly cycles rather than months. As DevOps gets adopted on a broader scale, changes to applications will be even more frequent. With agile methodologies being implemented, code rollouts can even happen every few days in production.

Often the updates are done by different personnel. The systems team handles updates of the operating system; the database team handles the database upgrade; the virtualization team takes care of upgrades of the hardware, hypervisors and underlying storage, and so on. In some cases, updates happen automatically without needing any administrator’s intervention. Application owners are often not aware of the changes that happen in each technology tier supporting their applications. Even when application owners are aware of changes being made, such as a major migration or upgrade, they may not be aware of or understand the significance of every change being made.

However, every change, migration or upgrade has the potential to affect application performance and ultimately, the experience of users of the application. For instance, an operating system update may turn on Microsoft Windows Defender, which in turn can cause additional scanning of the systems being used, thereby affecting the application’s throughput and performance. If application architects and operations teams wait for users to notice and complain, it may be too late. Business productivity, reputation and revenue will all suffer.

This is why application performance monitoring has a big role to play in today’s ever-changing environment.

How Application Performance Monitoring Helps with Migrations and Upgrades

Synthetic monitoring emulates user accesses to the application and, therefore, if there are any increase in application response times following the upgrade/migration, it means that users are likely to be affected. Proactively monitoring any such changes allows application teams to start troubleshooting the problem well in advance of user complaints.

Even if application response time looks good, there may be changes to the application usage or throughput that may not be discernable using synthetic monitoring. Hence, your monitoring strategy needs to cover as much of the infrastructure supporting the application as possible.

To highlight this, we have used a real-world application migration scenario that we were called into assist with last month. A multi-tier, Java-based web application had been upgraded recently and users were complaining about poor performance. The upgrade involved changes to the application tier alone. The web tier, the database tier, storage, etc. remained unchanged.

Figure 1: Deadlocks started occurring on the database server after the application upgrade

The upgrade had been planned during the holiday season, so traffic to the application was lower than normal and user perceived performance was not impacted. However, by knowing that there was an abnormality, the application team was able to diagnose the problem and fix the offending code proactively.

Monitoring in advance of a full deployment can also highlight resource usage pattern changes that may have been inadvertently caused by application upgrades. See Figure 2 below that shows the disk activity on the database server after the application upgrade. Notice that right after the upgrade (pointed to by the red arrow), the disk had become almost 100% busy.

Figure 2: Spike in disk activity on the database server after the upgrade

Distributed transaction tracing (part of an APM solution) can be deployed to obtain further details of where the problem is in the application code. In this case, the problem turned out to be inefficient queries to the database server. The application developer had not used the indexes available in the database schema and this resulted in each query causing a full table scan of the database, affecting performance. Using an APM tool right after an upgrade allows operations teams and development teams to safeguard performance.

Other KPIs to look at post migration include changes in CPU and memory usage of the application, garbage collection performance changes, thread blocks/deadlocks, traffic patterns between applications, errors in log files, etc. Consider using a load testing tool post migration to simulate additional workload and evaluate the tier-wise performance with the help of a monitoring tool.

Get a Demo of Application Migration Performance Monitoring Tool

Supporting Key Business Applications in the Cloud is Challenging: A Real-World Case Study