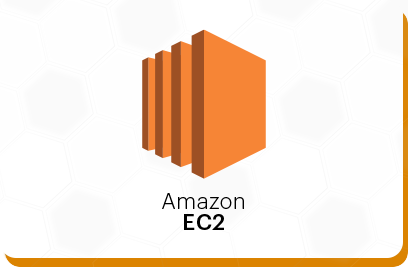 It is incumbent on cloud operations teams to choose the correct type of AWS EC2 instance relative to the underlying application. The wrong choice could adversely impact business and user experience.

This article walks through a customer case study where the EC2 instance choice impacted their business.  It is important for application and operations (AppOps) teams to collaborate closely in understanding the workload characteristics and performance expectations while also keeping cloud cost implications in mind. Setting the right alarms and taking corrective actions is also key for AppOps teams for delivering successful applications in the cloud.

We were recently approached by a SaaS service provider to assist with a performance issue they had encountered with a web-based application. They were looking to expand their service but had been experiencing intermittent performance issues followed by near-catastrophic gridlocks with their deployment on AWS cloud.

They were already using eG Enterprise for their on-premises infrastructure and applications and were looking to see if we could help them with their application performance issues on AWS cloud as well.

Their cloud operations/ site reliability engineering (SRE) team, however, were yet to start using eG Enterprise and were still using their legacy workflows reliant on native cloud tooling and asked us to help them track down their issue which had become business critical.

This article highlights how we were able to identify the issue. Interestingly, it was a combination of a software change and the impact it had upon their CPU credit balance of their AWS EC2 instances, which were using a burstable instance type (T2.xlarge).

A Quick Primer on EC2 Instances

Instance types are available in varying combinations of CPU, memory, storage, and networking capacity and give you the flexibility to choose the appropriate mix of resources for your applications. Each instance type includes one or more instance sizes, allowing you to scale your resources to the requirements of your target workload. 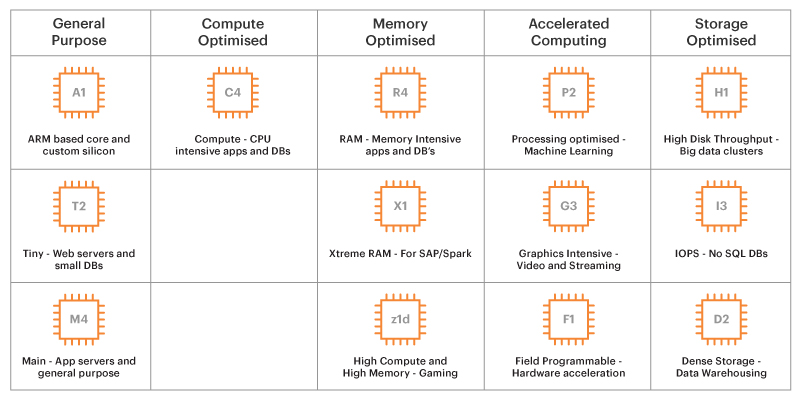 The list of EC2 instance types is available here. You can choose between:

As the name suggests, the General Purpose category is targeted toward general use cases and there are two broad EC2 families – the T family and the M family.  The “t” stands for tiny and the “m” stands for micro or medium. Two of the most popular choices include:

When choosing EC2, often, the initial choice of instance is a bit of a guess based on estimates or experience. Often, especially in pre-production, teams creating the instance types may not have prior experience of the application or its workload, especially at scale in production. 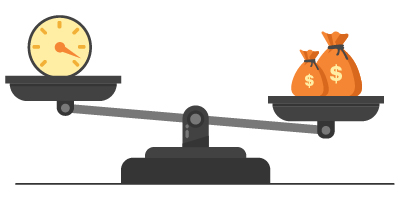 In this case, considering the cost differences between T2 and M5 instances, a choice of the T2.xlarge had been made by the customer’s infrastructure team. The customer’s application team had specified the number of CPUs, RAM, and storage requirement but they were relatively new to the cloud and hence had not specified which instance type to use. The infrastructure team had been influenced by an internal discussion on the value proposition of burstable instances. They were aware that their production system was sized for peak demand, and that often, the demands on the system were lower and there had been a discussion about the business case for trying burstable instances. However, because they were reliant on native cloud monitoring tools, no real forecasting had been done and the organization had no experience of the issues they were about to encounter soon.

The instances were commissioned, and applications deployed in pre-production for weeks, without any significant issues. The deployed applications had been deployed in many on-premises environments, and hence, were stable and well tested. There had been a few complaints of intermittent application sluggishness, but no significant performance challenges were observed in the pre-production pilot for several weeks. No new tickets were raised and the team running the system were under the impression that everything was working fine.

After several weeks of operation, suddenly extreme slowness was observed with the application. There were many user complaints and clearly there was a significant problem at hand.  Therefore, the customer’s application team decided to deploy eG Enterprise.

As the application being considered was a web application, eG Enterprise’s web protocol synthetic monitoring capability had been configured. The metrics reported by this monitor indicated several time periods where the application had been unavailable and cases of severe slowness. In the graph below, you can see that from July 11 onwards, web application response time had shot up from a few milliseconds to over 10 seconds at times.

Clearly, the problem was severe and was impacting the SLAs for the SaaS service.

To provide additional diagnosis, the following monitoring capabilities were configured:

The eG agent deployed within the EC2 instance immediately highlighted the severity of the problem. CPU usage was pegged at 100% for several hours, though we could not attribute this to one single application or process.

Figure 2: CPU usage within the EC2 instance has been at 100% for hours

We also observed that eG Enterprise’s configuration and change tracking capability indicated that a new version of a threat protection software had been installed a few days before the problems had started Suspecting that this could have been the problem, the threat protection software was uninstalled. This immediately brought the CPU usage within the EC2 instance to the normal limit, as you can see in Figure 3.

Figure 3: CPU usage of the EC2 instance dropped after the threat protection software was removed

Given that the CPU usage inside the EC2 instance had dropped, we expected that the application performance would be back to normal. We could see normalcy for a few hours, but soon thereafter, performance issues were seen again, even though no unusual activity was seen within the EC2 instance. Not only was the web application slow to respond, but admin access to the system also was unbearably slow. Even typing a single character on the command line took seconds. There was no indication of the cause of the problem when looking at any of the metrics from within the EC2 instance.

Suspecting that the issue could be somewhere in the AWS infrastructure, we moved to the IT infrastructure team’s view. The infrastructure team had integrated AWS CloudWatch with eG Enterprise to track the performance of different EC2 services. Figure 4 below shows the type of metrics obtained using this integration. 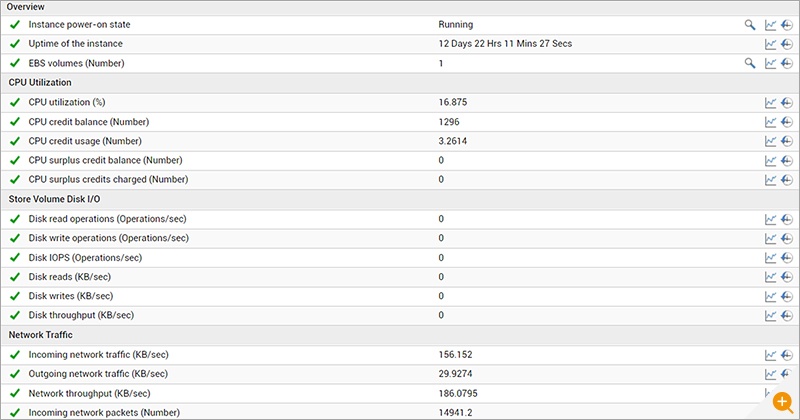 Figure 4: Metrics reported by eG Enterprise about an EC2 instance

Analysis of the alerts in the eG Enterprise console enabled us to check on the CPU credit balance.

Figure 5: Alerts in the eG Enterprise console about CPU credit balance being low

Only after this analysis did the application team even become aware that the infrastructure team had provisioned a T2.xlarge instance for them with burstable capacity.

How the Customer Moved Forward

With their new understanding of the diagnosis of the issues, the customer took several subsequent steps:

This example highlights several challenges faced by organizations, who are migrating applications to the cloud:

Customer confidentiality: We have kept the details of the target infrastructure and the customer’s identity confidential, but with their permission, we have highlighted the challenge they faced and how it was solved so that the community at large can benefit from our experience.