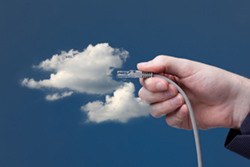 There are so many complexities associated with infrastructure – most developers can’t know them all, and sometimes it seems like they don’t want to know. But the truth is that a well-performing application makes it appear as if the infrastructure is invisible, and of course programmers have always wanted to divorce their efforts from any underlying complexity.

So, I guess it’s easy to understand why application developers might be receptive to the concept of ‘invisible infrastructure’, as suggested by Nutanix (an eG Innovations Technology Partner). Converged infrastructure clearly simplifies infrastructure complexities.

…good developers know that systems that perform well work in step with the underlying CPU and system powering it.

While virtualization and JVM abstraction allows development and administration to go ahead without any grave concerns about the underlying system that will be hosting applications, software architects and performance specialists are realizing, now more than ever, that in order to obtain optimal performance, a strong understanding of the underlying CPU, hardware and system as a whole is the key to getting applications to run most efficiently.

– The Server Side: Virtualization and JVM abstraction don’t negate CPU and system knowledge

Many developers have learned that by understanding the underlying infrastructure, they can help design and build performance into their applications.

The illustrations above are a few recent examples of infrastructure domain knowledge that eG Enterprise includes as natively embedded into the monitor. Converged application and infrastructure performance management compliments “invisible infrastructure” by providing seamless visibility into all aspects of end-to-end IT services.

eG Enterprise embeds over 180 different applications, 20+ storage devices, 10+ operating systems, and 10+ virtualizations platforms, out of the box. In addition, the monitoring platform allows developers to easily add new monitoring capabilities and build new models for custom applications, which can then be managed in the same manner as other applications and devices.

This holistic view of the IT service provides both developers and operations staff with:

When should infrastructure be invisible?

If it seems odd that one day we’re evangelizing visibility and the next we’re discussing the benefits of invisible infrastructure, it might be worth an explanation.

I’m not sure that developers actually don’t want to know about the nuances of infrastructure domains, and operations staff will certainly continue to depend upon visibility. Infrastructure is complex and changing rapidly, but it’s not invisible – and sometimes that’s a good thing.

When applications don’t perform as expected it’s important to have this domain knowledge ready for immediate use, and unless we understand the underlying system it will be difficult to assure its performance.

Infrastructure should appear invisible to customers, who do not want to assume its costs and risks. However, if you’re accountable for delivering value to customers, you’ll need visibility into the supporting systems that underpin that value.

By providing a unified view of every layer of every component in your end-to-end IT services, and automatically isolating deviations in normal behavior, eG Enterprise gives you visibility to infrastructure when you need it, without compromising your desire to make it invisible when you don’t.