Server Performance Monitoring
is not just about CPU and Memory Monitoring 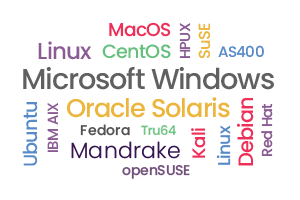 IT applications are vital for today’s digital economy and for the business to succeed, these applications must be highly available and performing well. Application performance degradations can occur for several reasons. There may be code-level issues, database slowness, or network bandwidth constraints. IT applications run on servers and if the server is not sized correctly or is under-performing, application performance will degrade as well. Therefore, it is vitally important to monitor the performance of all the servers in your data center. In this blog, we will explore what the most important metrics for server monitoring are and why.

Historically, the key factors affecting server performance have been utilization of server CPU and memory resources. If the CPU usage of a server is highly utilized (close to 100%) or there is high memory utilization (so there is very little free memory available on the server), the performance of applications running on that server will degrade. IT administrators should also be able to determine what are the top CPU and memory-consuming processes on the server so that they can troubleshoot and fix the resource usage issue quickly.

Uptime is the amount of time for which a system has been up and operational. Uptime can be measured since the system last booted. It can be measured during each polling cycle as well. Monitoring uptime is important because:

The disk subsystem of a server is almost as important as the compute and memory subsystems. Disk activity is the amount of time that a disk drive is actively processing requests. There are several key metrics about the disk subsystem that must be monitored:

While it is important to monitor how the disk subsystem is performing, for additional diagnosis, it is important to track disk activity at the file level. For example, to determine which files are seeing the highest amount of I/O activity. Monitoring tools, such as eG Enterprise have the ability to detect and report on file level I/O activity that can affect application performance.

Monitoring the performance of the disk subsystem is extremely important for workloads that are heavily I/O intensive. For example, database servers and file servers make extensive use of disk resources and hence, it is especially important to review disk subsystems performance metrics closely for such servers.

A context switch occurs when the kernel switches the processor from one process or thread to another. Context switching is generally computationally intensive. Excessive context switching takes up important CPU resources and can be one of the most expensive operations on an OS. Hence, servers must be configured and operated to avoid unnecessary context switching to the extent possible.

The figure below shows the context switches on a server tracked over a week. In this example, an application upgrade happened right around the time that the context switch rate of the server increased almost four-fold. If such a change were to happen on all the virtual machines (VMs) running on a hypervisor, the impact on the hypervisor’s compute utilization would be dramatic. A server monitoring tool must be able to identify and alert administrators to such anomalies. In this example, the increased context switch rate was due to a bug in the application that was upgraded.

Sudden increase in context switches on a server indicates a problem

When multiple systems on the same network share files or communicate with one another, different activities they perform may be time-bound or may need to be performed in sequence. System clocks are often used for this purpose and if the system clocks on different systems do not reflect the same time, the results could be disastrous.

For example, if machines share files over a local network, their clocks should be synchronized to determine when exactly the files were modified. Inaccurate clocks could create version conflicts or cause data to be overwritten. In a Microsoft Windows domain, timestamps are used for resolving Active Directory replication conflicts. Kerberos authentication is also heavily dependent on timestamps. Timestamps are used to protect against replay attacks—where an authentication packet is intercepted on the network and then resent later to authenticate on the original sender’s behalf. When a Windows server receives a Kerberos authentication request, it compares the timestamp in the request to its local time. If the difference between the local time and the timestamp is too big, the authentication request is rejected and Kerberos authentication fails. For Kerberos to work correctly, the clocks on all the systems in a Windows domain must be synchronized.

Monitoring tools must monitor clock offsets of a system with respect to a reference clock, e.g., an Active Directory server’s clock. While small offsets are often acceptable, if there is a large offset between any system’s clock and the reference clock, administrators need to be alerted to such abnormalities.

We tend to think of CPU, memory, and disk as the main resources on a server. There are other forms of resources too – file descriptors, network sockets, processes, jobs, etc. All these resources are finite as well – there are only a limited number of files that can be open at the same time on a server. The term handle is used to refer to a resource that applications reference.

Applications are expected to request and receive resources, to use them, and then return them to the OS. A handle leak occurs when an application does not return the handle after use to the OS. One cause of a handle leak is a program error – a developer opening a file object but forgetting to close it. Handle leaks can also be caused by exceptions. Exception blocks may not have the cleanup routines that the main block of code has included.

Frequent/repeated occurrences of handle leaks over an extended period imply that many handles may be marked in-use and thus unavailable. This can cause the server performance to degrade or may even cause it to crash.

Resource usage per process should be monitored as well. This often helps with diagnosis: when a server is using memory excessively, which are the processes responsible for the memory leak?

Server performance can also be impacted by a malfunctioning network card. Track the number of errors seen on each network interface card of the server to determine the ones that are seeing excessive packet drops.

At the same time, it is important to track the bandwidth used on each interface. If the bandwidth usage is close to the maximum speed of the network interface, this can indicate a bottleneck that affects performance.

Also compare the bandwidth used on each interface and make sure that network traffic is being routed through the primary interface you expect to use. Excessive traffic over a backup interface may indicate a routing table issue on the server that must be resolved.

Most common enterprise applications are connection-oriented, and TCP is the transport protocol that they use. Therefore, performance of the TCP layer can affect application performance.

HTTP, SMTP, SQL and other types of connections use TCP underneath. So, when TCP performance degrades, so does the performance of applications that use them.

To track TCP performance, it is important to monitor the following metrics:

Retransmissions over a TCP connection
Common reasons for retransmissions include network congestion where packets are dropped (either a TCP segment is lost on its way to the destination, or the associated ACK is lost on the way back to the sender), tight router QoS rules that give preferential treatment to certain protocols, and TCP segments that arrive out of order at their destination, usually because the order of segments became mixed up on the way from the sender to the destination.

Compare retransmissions across groups of servers. If multiple servers are experiencing high retransmissions, this may be a signal that the issue is network related. Otherwise, the issue may be specific to a server and its configuration, e.g., a faulty NIC card.

It is not possible to fully instrument every component of a server operating system. Details of any faults experienced, crashes seen, and other types of abnormalities are logged by the operating systems in logs.

Microsoft Windows has System, Security, and Application log files. Events of different types and from different sources are logged here. Events are marked as being verbose, informational, warning, or critical.

On Unix servers too, system log and cron log files stored in the /var/log directory provide insights into abnormal events that have occurred on the server. Syslog is another common form of logging operating system anomalies.

It is not possible for administrators to manually analyze logs from 100s of servers to identify issues. Periodic monitoring, analysis and alerting of log events can bring abnormalities on the server to light. Examples of problems that can be detected by using log monitoring include:

In conclusion, it should be clear from the above discussion that server performance monitoring must focus on much more than just CPU, memory, and disk space utilization. The basic principles discussed in this blog apply for any server operating system. Having a comprehensive server monitoring and management strategy is the first and foremost step to ensure that your IT infrastructure and the applications it supports are working well.

What is Server Uptime Monitoring?

by Srihari Avar
IT Infrastructure Monitoring

Observability vs. Monitoring:
What is the Difference?

by Aditya Pawar
Discover, Diagnose, and Resolve IT Performance
Issues with Full Stack Observability
Get Started