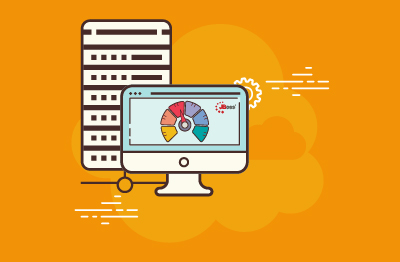 How to Tune a JBoss Application Server for High Performance

JBoss is an open source, standards-compliant, J2EE application server implemented in 100% pure Java. There are many variants of JBoss available today:

While Apache Tomcat used to be the underlying engine for JBoss EAP and AS, more recently, Undertow is used as the application server engine.

For long, JBoss has been one of the most popular and free application servers available. As a result, it has found applicability across several verticals and use cases. When deployed in production, it is essential that the JBoss application server performs well. This requires that JBoss be configured to handle the maximum load possible and yet provide the best response time to users. The performance that an application server delivers is often dependent on how well it is configured. Often, the default settings provided are non-optimal. This blog post documents best practices that you should employ when deploying JBoss in production.

A Holistic Approach is Needed for Tuning JBoss Performance 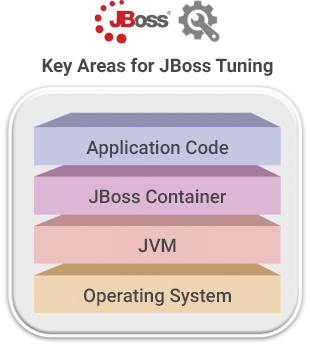 Performance tuning must be done at every layer:
the operating system, JVM, JBoss container,
and at the application code-level

A first step to achieving high performance is to recognize that tuning the JBoss application server alone is not sufficient. After all, JBoss runs on top of a Java virtual machine (JVM). So, a poorly configured JVM will compromise performance. Likewise, the JVM runs on an operating system and it is important to have the best possible operating system configuration to achieve the highest performance possible. Even bottlenecks in the application code can result in “JBoss is slow” complaints.

All in all, a holistic approach must be taken for JBoss performance tuning.

In the following sections, we will present best practices to tune the JBoss application server. This will involve: 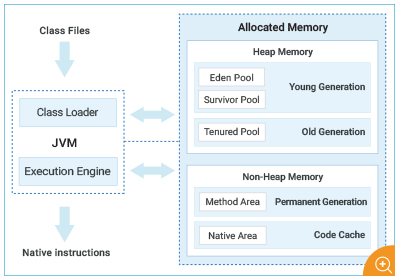 Make sure that the memory available to each of the memory
pools of the JVM is sufficient. Memory shortage will
adversely affect JBoss server performance.

If memory grows unbounded in the JVM, you will need to determine if there is a memory leak in the application: 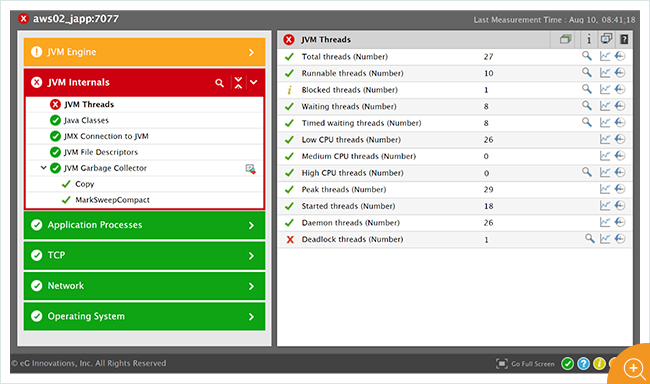 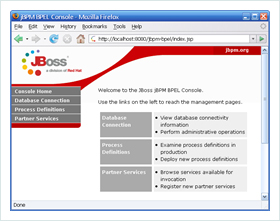 As is the case with the JVM, many scalability and security enhancements have been made with the latest releases. Hence, make sure that you are using the latest version of JBoss/Wildfly.

There are several configuration parameters that must be tweaked to scale a JBoss server instance. The exact configuration depends on the version of JBoss and whether the underlying servlet container is based on Tomcat or Undertow.

Inefficient application code can also cause the application deployed on JBoss/Wildfly to be slow. Logging is a common way to track an application’s operation. However, logging to output files is a synchronized operation and excessive logging can actually slow down application performance.

IT teams and developers can use this capability to drill down into slow transactions and proactively detect performance problems before they impact end-users. 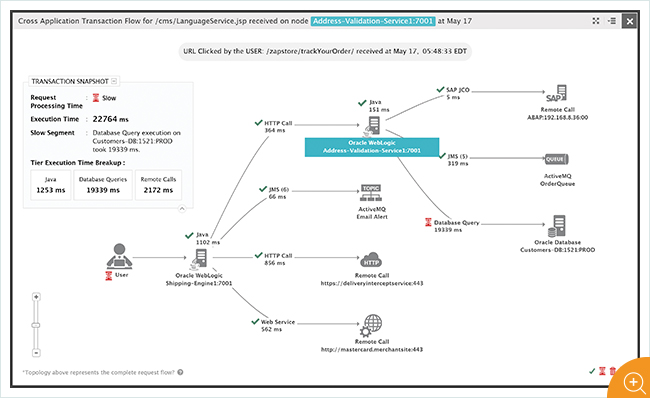 You may often hear that application servers based on Java, such as JBoss, are slow or not production ready. In this blog, we have provided a range of best practice configurations to help you get the most out of your JBoss web application server.

SAN Performance Monitoring: What, Why and How