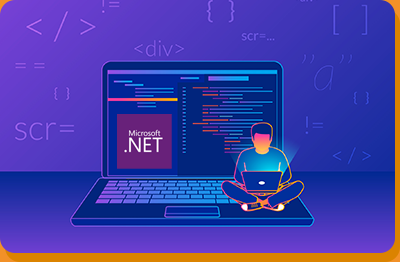 Top 7 Performance Problems in .NET Applications and How to solve them

Microsoft .NET Framework is one of the most popular application development platforms and programming languages. C# and ASP.NET frameworks are used by millions of developers for building Windows client applications, XML Web services, distributed components, client-server applications, database applications, and so on. It’s no surprise that ensuring top-notch performance of .NET applications is a foremost need for most application owners and developers.

There can be numerous reasons why .NET applications can be slow. These include incorrect memory sizing, GC pauses, code-level errors, excessive logging of exceptions, high usage of synchronized blocks, IIS server bottlenecks, and so on. In this blog, we will look at some of the top performance problems in .NET applications and provide tips to troubleshoot and resolve them.

#1 Exceptions and Logs One Too Many

.NET exceptions are not a bad thing. Only errors are bad. This is what most developers believe. And it is true if exceptions are properly handled, i.e., thrown, caught and addressed (and NOT ignored). Too many cooks spoil the broth and it’s the same with exceptions. Too many unhandled exceptions can make the code inefficient and affect application performance. Hidden exceptions are worse: a minefield. When left unchecked, they can affect web page load times.

Another .NET problem is excessively logging the exceptions. Logging could be a great tool in your debugging arsenal to identify abnormalities recorded at the time of application processing. But when logging is set up to catch exceptions at every tier of the application architecture, one could end up having the same exception logged at the web, service and data tiers. This could add additional load to the application code and increase response time. In production environments, one needs to be careful to only log fatal events and errors. Logging everything including informational messages, debugs and warnings can easily bloat your production log file and in turn affect code processing.

#2 Overuse of Thread Synchronization and Locking

The .NET Framework offers many thread synchronization options such as inter-process mutexes, Reader/Writer locks, etc. There will be times when a .NET developer would write the code in such a way that only one thread could get serviced at a given time and the other parallel threads coming in for processing will have to wait in a queue. For example, a checkout application, according to its business logic, should process items one request at a time. Synchronization and locking help serialize the incoming threads for execution. By creating a synchronized block of code and applying a lock on a specific object, an incoming thread is required to wait until the lock on the synchronized object is available. While this strategy helps in certain situations, it should not be overused. Too much serialization of threads will increase wait time of incoming threads and end up slowing down user transactions.

When a specific URL is slow, it is one thing to handle. But when the IIS web site just hangs and all or most web pages take forever to load, it couldn’t get any worse. Typically, when an application is overloaded or deadlocked, a hang could occur. There are two types of application hang scenarios that .NET applications usually encounter.

A hard hang (IIS issue): This usually happens at the beginning of the request processing pipeline – where the request is queued. Because of an application deadlock, all available threads could get blocked, causing subsequent incoming requests to end up in a queue waiting to be serviced. This can also happen when the number of active requests exceed the concurrency limit configured on the IIS Server. Such a hang would manifest as requests getting timed out and receiving 503 Service Unavailable errors. A hard hang affects all URLs and the whole web application itself.

A soft hang (ASP.NET issue): This usually happens due to a bad application code in a specific segment, impacting only a few URLs and not the full website. Typically, a hang caused by the ASP.NET controller or page happens at the ExecuteRequestHandler stage. To confirm this, you might want to break out a debugger to see exactly where the request is stuck. Check the module name, stage name and URL. The URL will indicate the controller/page causing the hang.

Garbage collection (GC) in .NET CLR is initialized when the memory used by the allocated objects on the managed heap exceeds the accepted threshold configured by the application developer. This is when the GC.Collect method jumps into action and reclaims the memory occupied by dead objects. GC in the CLR usually happens in Generation 0 heap where short-lived objects are stored. It is called Full GC when GC happens in Generation 2 heap, where long-lived objects are contained. Every time GC happens it adds a lot of CPU load on the CLR and slows down application processing. So, in the event of longer and more frequent GC pauses, the application tends to suffer slowdowns.

View this webinar: How to Ensure High-Performing .NET Applications »

Microsoft IIS Server is a critical part of the .NET Framework. IIS is the web server which hosts the web application or web site built on .NET and runs W3WP process that is responsible to respond to the incoming requests. IIS also incorporates the Common Language Runtime (CLR), which is responsible to mete out resources for thread processing. Because IIS has various moving parts, a bottleneck in IIS could have a direct negative impact on the .NET application performance.

It’s not always a .NET code issue that’s affecting application performance. Slow-running queries are often a common cause. But it’s usually the .NET application developers who get blamed for slow application performance. The reason for this is there’s no contextual visibility of how SQL performance affects .NET application processing. ADO.NET and ODP.NET connectivity issues could be one reason for query processing slowness, but the common reason is that the queries are not well-formed. Improper execution plans, missing indexes, poorly designed schema, small buffer pools, missing joins, improper caching, connections not being pooled properly, etc. are also reasons why query processing by the database could be affected.

While the DBAs are responsible for the database performance and query creation, the .NET application owner needs to track down query-level issues during application processing. This will help distinguish between code-level and database problems and not have the .NET developers spend cycles looking for issues in the code.

#7 Infrastructure at Fault: Not a .NET Problem, But Still a Problem for .NET!

.NET Framework is not a standalone tier. An application using .NET Framework will have many dependencies with the underlying infrastructure, such as any virtualized servers, containers or cloud infrastructure. Then, there could be backend storage devices. While these are not .NET problems directly, but a problem in any of these infrastructure components could affect .NET performance just the same.

Just like how we saw IIS Servers and database could have bottlenecks, a VM could be running out of resources, a SAN array could be experience high IOPS that it cannot handle, or if the .NET application is hosted on Azure there could be an App Service that is not running properly.

Network-related complaints top the chart in most application environments. There is always the blame game between whether it’s a network issue or the application issue. Network congestions, packet drops, or device failures could impact application performance and connectivity.

While you focus on catching and troubleshooting all these issues, it is also important to keep in mind that writing clean and efficient code solves many problems on the .NET side. Write good code, keep your systems and infrastructure in good health, and implement necessary tools for monitoring automation. This will help you deliver high-performing .NET applications and digital experience.